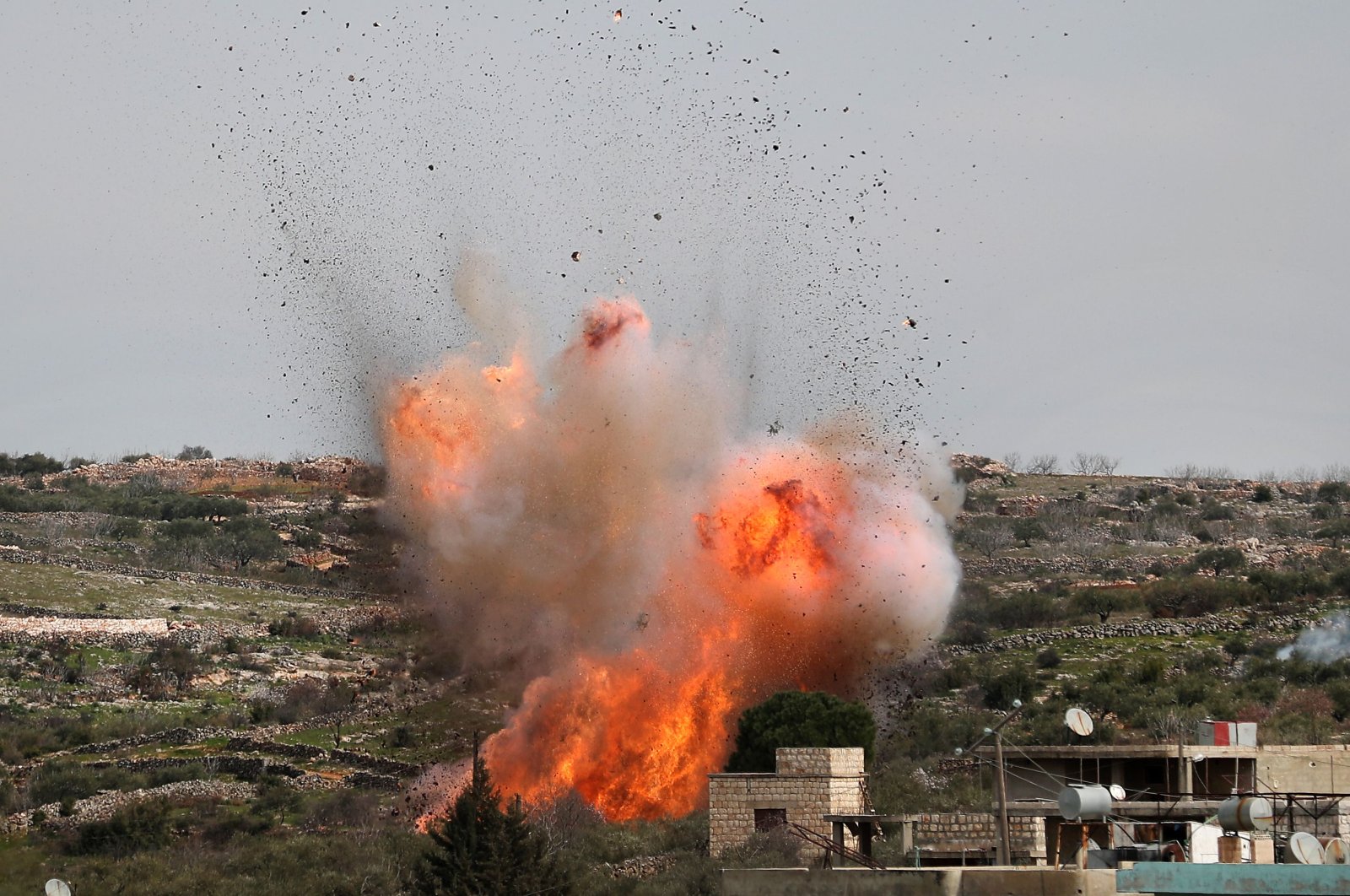 A picture taken on March 5, 2020 shows an explosion following airstrikes on the village of al-Bara in the southern part of Syria's northwestern Idlib province. (AFP File Photo)
by Mar 06, 2020 1:51 am
RECOMMENDED

“Regime forces continue bombardments in the south of Idlib and west of Aleppo in violation of the cease-fire deal,” Al Jazeera said in a tweet.

Mohamad Rasheed, a Syrian journalist and media expert, also said in a tweet that Assad forces, based in Jourin, a town in the west of Hama, targeted the villages of al-Ghab with heavy artillery.

A local news outlet, Aleppo Media Center also said in a tweet that “Missile shelling by the regime forces was reported in the town of Al-Abzmo in the western countryside of Aleppo.”

Turkey and Russia reached the agreement earlier on the same day during a meeting between President Recep Tayyip Erdoğan and his Russian counterpart Vladimir Putin in Moscow.

The meeting came amid growing tension in northern Syria’s Idlib province, where the Russia-backed Bashar Assad regime offensive has targeted civilians and Turkish soldiers, raising the prospect of a direct clash between Russian and Turkish forces.

However, the killing of more than 34 Turkish soldiers in regime attacks last month acted as a tipping point in regional tension. In response, Ankara launched Operation Spring Shield against regime targets in Idlib.