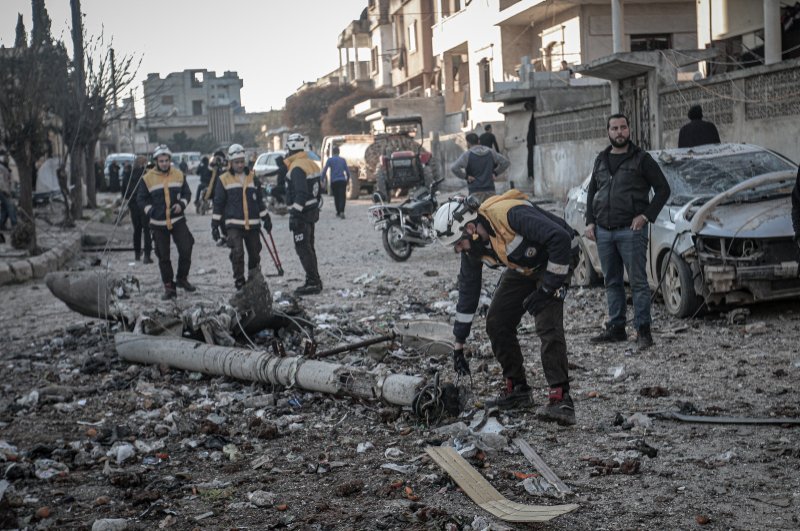 Foreign ministers from 14 European countries, including France and Germany, demanded on Wednesday that Assad regime forces and their Russian backers end their offensive in Idlib province and return to the terms of a 2018 ceasefire deal.

Nearly a million Syrians have been displaced in the past three months by fighting between Turkish-backed moderate opposition and Assad regime forces backed by Moscow trying to recapture the last major opposition-held region in Syria after nine years of war. "We call on the Syrian regime and its supporters, especially the Russians, to end this offensive and return to the ceasefire arrangements of autumn 2018," the 14 ministers said in a column published in French daily newspaper Le Monde.

"We call on them to immediately end hostilities and to respect their obligations under international humanitarian law, in particular the protection of humanitarian workers and medical personnel, who pay with their lives for their engagement in favour of civilian populations."

Turkey and Russia agreed in September 2018 to create de-escalation zones in Idlib, but that has since unravelled amid the Assad regime offensive, which it says aims to root out "militants" in the region. Ankara has sent thousands of troops and truckloads of equipment into the region, in Syria's northwest corner bordering Turkey, to support the opposition forces, and President Recep Tayyip Erdoğan has vowed to push back Bashar al-Assad's forces.

But regime forces made fresh gains in southern Idlib province where they took a number of villages on Wednesday, with more hospitals and schools struck by air strikes. "The fight against terrorism cannot, should not, justify the massive violations of international humanitarian law, which we are witnessing every day in northwest Syria," the ministers said.

"We also call on Russia to continue negotiations with Turkey, in order to achieve de-escalation in Idlib and contribute to a political solution," they said, calling on Moscow to not block the renewal by the U.N. Security Council of a mechanism allowing cross-border aid to enter the area.