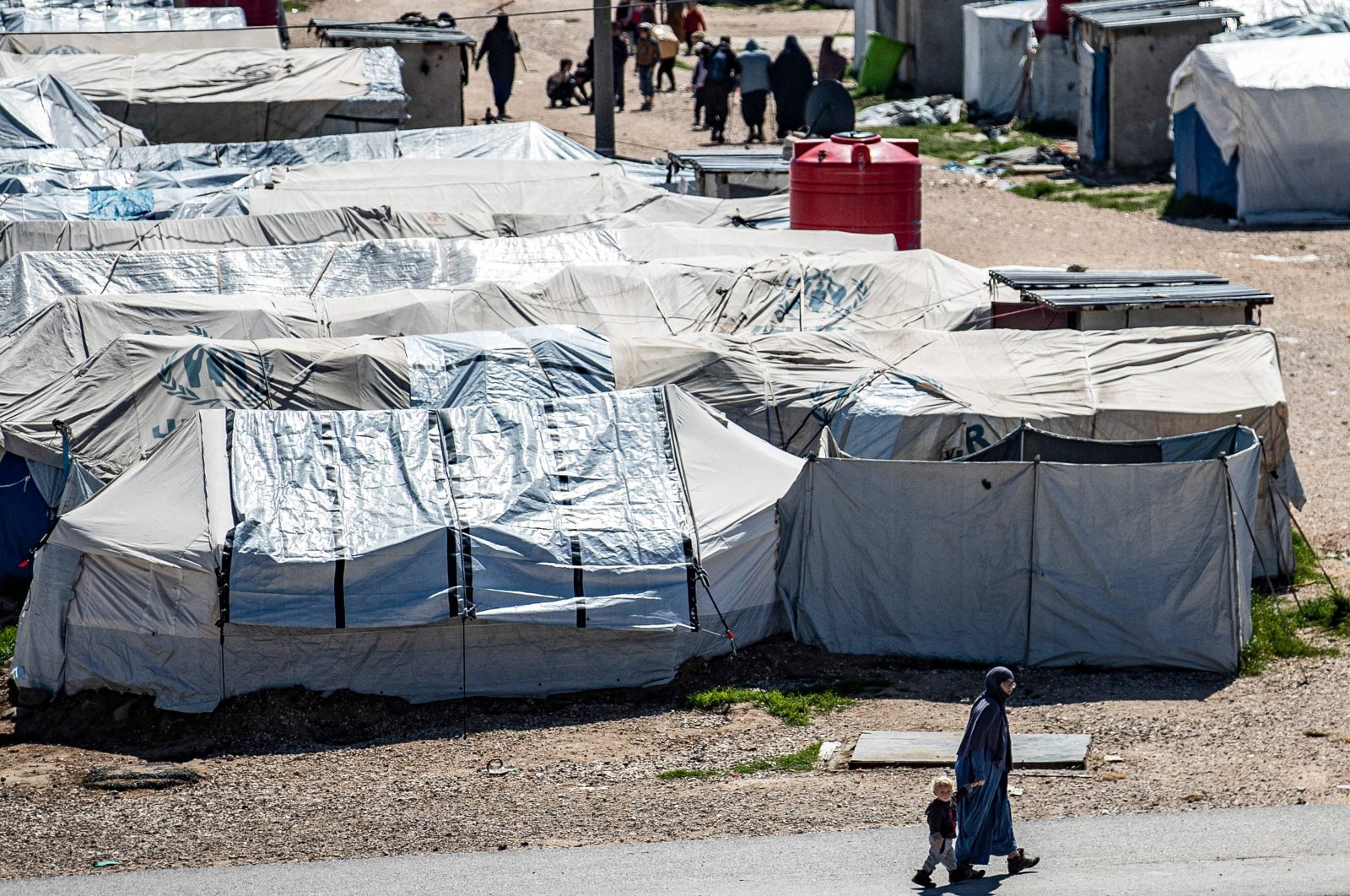 Women with children walk at a camp, where relatives of people suspected of belonging to Daesh are held, in the countryside near al-Malikiyah, Hasakah province, northeastern Syria, March 28, 2021. (AFP File Photo)
by Daily Sabah with AP Jul 05, 2022 6:12 pm
RECOMMENDED

France announced Tuesday that it brought home women and children from the former Daesh-controlled areas in Syria.

It is the single largest return of women and children to France from camps in northeastern Syria since the territorial defeat of Daesh in March 2019. France saw more of its citizens leave to join the group than any other country in Europe.

Tuesday's group was made up of 16 women, aged 22 to 39, and 35 minors, seven of whom are coming to France unaccompanied by adults. All but two of the women in the group are French citizens. Twelve women returned with their children and four of the women had previously agreed to the return of their children, according to the prosecutor’s statement.

Eight women were taken into custody for questioning and the other eight were detained on arrest warrants. The children were placed in the care of the child protective services attached to the Versailles Judicial Court.

One of the 35 minors is in police custody on suspicion of participating in activities of a terrorist criminal enterprise, according to the prosecutor’s statement. The minor will shortly turn 18, the statement said.

Many European countries were slow to allow the return of women and children for fear they would violently turn on their homelands. France, which saw more of its citizens join Daesh in Syria than any other European country and suffered multiple deadly attacks beginning in 2015, has been especially reluctant.

French authorities have insisted that adults, men and women, who fought with Daesh should be prosecuted in the country where they had committed crimes. Authorities also insisted on bringing back citizens and their children on a case-by-case basis, a long and cumbersome procedure that has been repeatedly criticized by human rights groups.

In December, a 28-year-old Frenchwoman with diabetes died in the camp in northeastern Syria, leaving her 6-year-old daughter an orphan, according to the family’s lawyer, who had been requesting their return since 2019.

The orphaned girl was in the group of children repatriated on Tuesday, according to a statement by the United Families Collective, a group of families that has been campaigning for repatriations of women and children detained in the PKK/YPG terrorist-run camps of Syria and Iraq.

The United Families Collective hailed the government's repatriation effort and urged the French authorities to continue bringing home children and mothers trapped in “inhumane” and “degrading” living conditions at the detention camps.

The collective said there were still 150 French children and their mothers trapped in the camp.

“France must repatriated (them) as soon as possible (...) and close this shameful chapter in our history without delay," the group's statement said.