Russia announces deployment of military police in Saraqib amid clashes 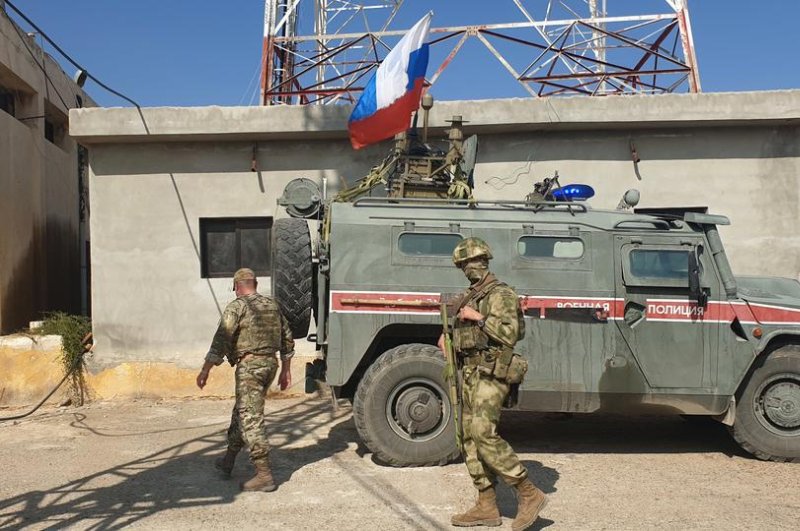 Russia's Defense Ministry said Monday that Russian military police were to be deployed in the Syrian town of Saraqib "due to its importance for security." The move comes amid increasing tensions in the war-ravaged northwestern province of Idlib.

Meanwhile, the Syrian National Army (SNA) said it denied the entry of Russian military police to the town, citing reports of their entry as "far from reality." In a statement to a local TV broadcaster, the SNA said the clashes with the regime were ongoing.

Opposition spokesman Naji Mustafa said Bashar Assad's forces had only taken part of the ghost town long emptied of its inhabitants.
"Assad's forces have launched an assault on Saraqib and very violent clashes are ongoing inside," the spokesman for the National Liberation Front said.

However, the Syrian Observatory for Human Rights, a Britain-based war monitor, said later Monday night that regime forces had wrested back full control of Saraqib.

"Regime forces with Russian air cover were able to retake complete control of the town of Saraqib on the Damascus-Aleppo highway," it said.
Syrian state news agency SANA said the regime army had re-entered the town after violent clashes with Turkish-backed opposition groups.

Saraqib is on a strategic crossroad connecting the country’s two main highways, M4 and M5. The M4 motorway connects the port city of Latakia to the Iraqi border, while the M5 forms the backbone of the country's highways, connecting the economic hub of Aleppo to the central cities of Hama and Homs, the capital Damascus and to the Jordanian border further south.

Assad regime forces backed by Russian air support and Iranian militias have clashed with Turkish-backed opposition forces in the town. Clashes are taking place in the suburbs of Saraqib, according to Anadolu Agency (AA).

The SNA, an alliance of moderate opposition forces supported by Turkey, took control of the strategic town on Feb. 27. The Assad regime had seized Saraqib in a Russian-backed assault earlier in February.

The opposition forces backed by Turkey are continuing their advance with intense artillery cover fire.