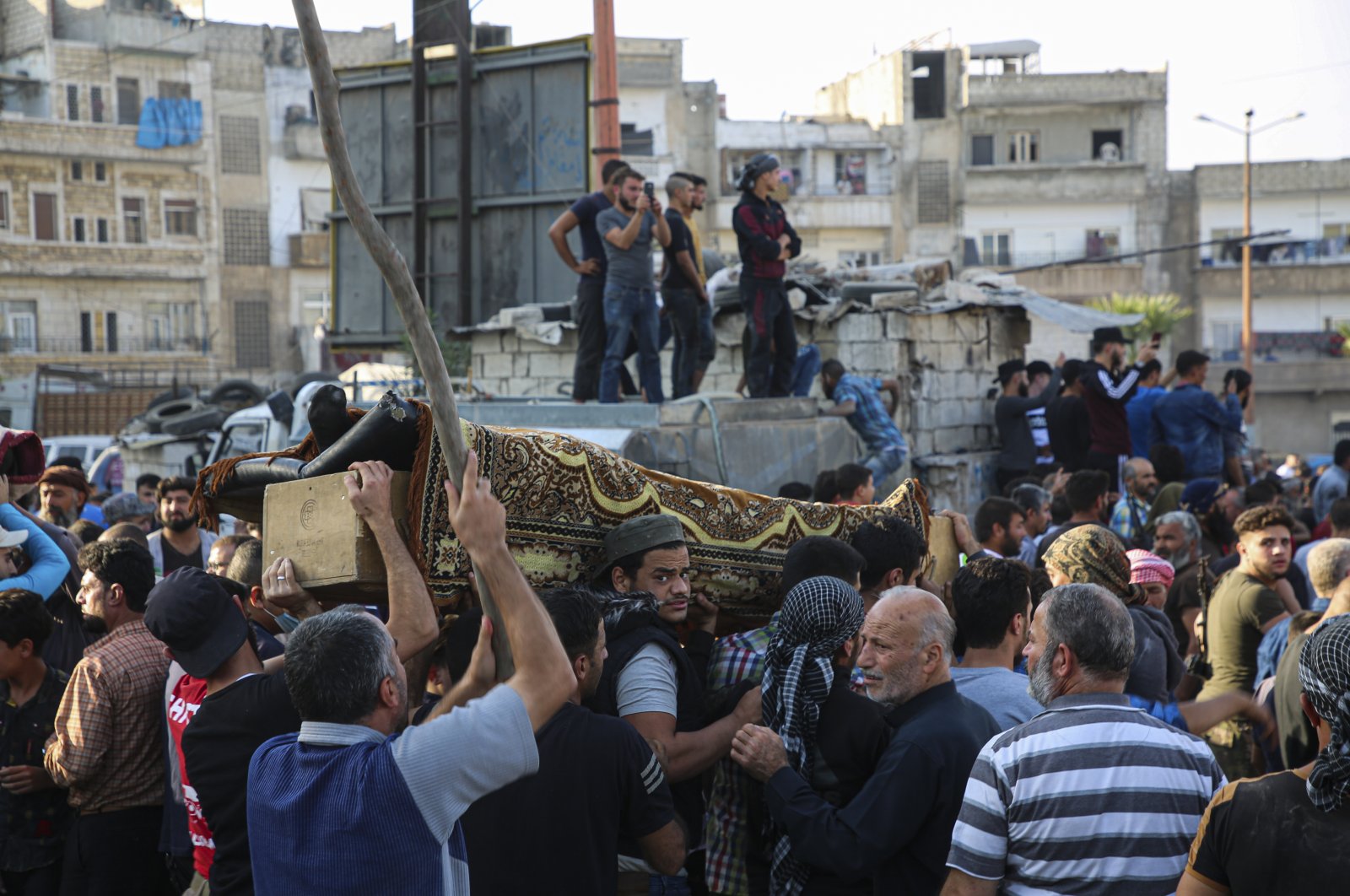 The National Liberation Front (NLF), a group of the opposition based in Idlib that includes Faylaq al-Sham, vowed retaliation.

The Syrian Observatory for Human Rights, a Britain-based war monitor, said 15 pro-regime fighters were killed over the past 24 hours in NLF bombardment on regime-held areas in the south and east of Idlib, as well as parts of the adjacent Hama, Aleppo and Latakia provinces.

Monday's strikes were the bloodiest surge in violence since a Russian-Turkish truce came into force almost eight months ago in northwestern Syria.

That deal stemmed a Russia-backed regime offensive on the bastion that had killed more than 500 civilians and displaced almost a million people in one of the worst humanitarian crises of Syria's nine-year civil war.

Syria's war, which broke out after the brutal repression of anti-government protests in 2011, has killed more than 380,000 people and displaced millions at home and abroad.