Syrian opposition refuses to include YPG in constitution negotiations 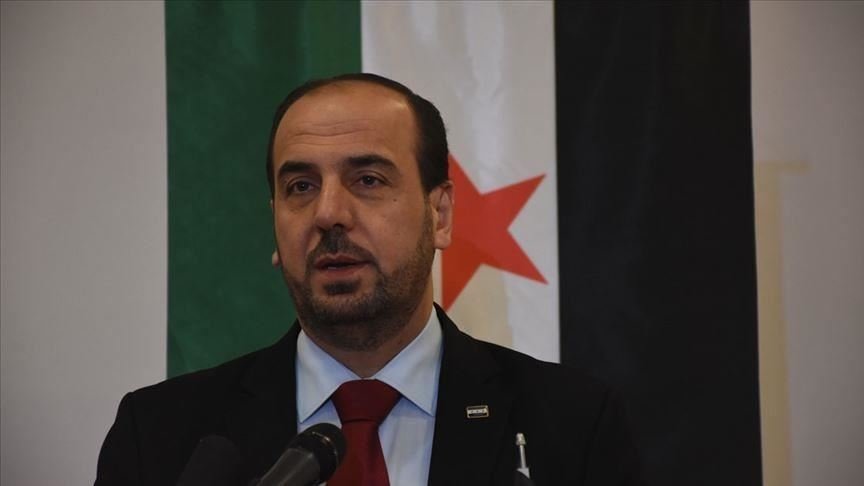 A top Syrian opposition group on Monday rejected any likely inclusion of the YPG/PKK terrorist group in the negotiations to draft a new Syrian constitution.

Nasr al-Hariri, head of the Syrian Opposition Coalition (SOC), said the coalition had come under pressure from several countries to let the YPG, the PKK terrorist group’s Syrian branch, join the talks.

Al-Hariri told an online press conference that the coalition does not consider the YPG/PKK part of Syria but instead a terrorist group that recruits foreign terrorists to fight on its side.

He added that the SOC refuses to sit at the same table with the YPG/PKK. "We will boycott elections the Assad regime says it will hold next year."

The Syrian opposition said the fourth round of U.N.-supervised Constitutional Committee meetings with delegations representing the Assad regime and civil society is due to start next Monday, Nov. 30.

The third round convened in August after months of suspension due to the coronavirus pandemic and failure to agree on an agenda between the Assad regime and the opposition.

The U.S. has primarily partnered with the YPG/PKK in northeastern Syria in the anti-Daesh fight.

Turkey, on the other hand, strongly opposes the terrorist group's presence in northern Syria, which has been a major sticking point in strained Turkey-U.S. relations. Ankara has long objected to the U.S. support for the YPG/PKK, a group that poses a threat to Turkey and terrorizes local people, destroying their homes and forcing them to flee.

While underlining that one cannot support one terrorist group to fight another, Turkey conducted its own counterterrorism operations, over the course of which it has managed to remove a significant number of terrorists from the region.

Locals in YPG/PKK-controlled areas have long suffered from the group's atrocities. The terrorist organization has a long record of human rights abuses, ranging from kidnappings of suspected persons, recruiting child soldiers, torture, ethnic cleansing and forced displacement in Syria.

In its more than 40-year terror campaign against Turkey, the PKK – listed as a terrorist organization by Turkey, the U.S., and the EU – has been responsible for the deaths of 40,000 people, including children.