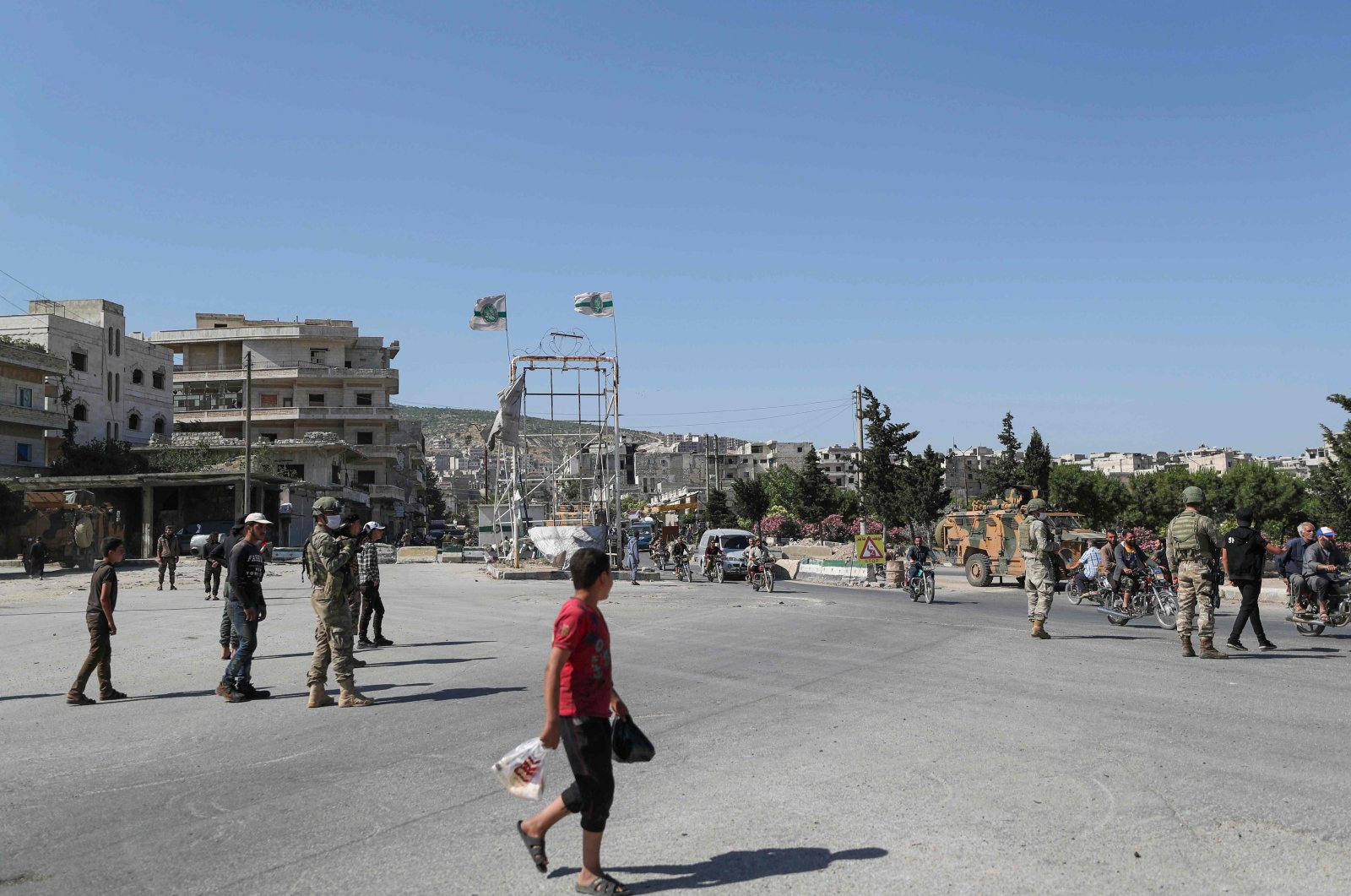 Syrians pass by Turkish soldiers during a joint Russian-Turkish patrol along the M4 highway, which links the northern Syrian provinces of Aleppo and Latakia, near Ariha in Syria's opposition-held northwestern Idlib province, June 10, 2020. (AFP Photo)
by Anadolu Agency Jun 15, 2020 6:01 pm

The United Nations on Monday dispatched 48 trucks carrying humanitarian aid for needy people in the northwestern Syrian city of Idlib.

Truckloads of supplies were transferred through the Cilvegözü border crossing in the Reyhanlı district of Turkey's southern Hatay province.

The aid will be distributed among residents of Idlib and nearby rural areas.