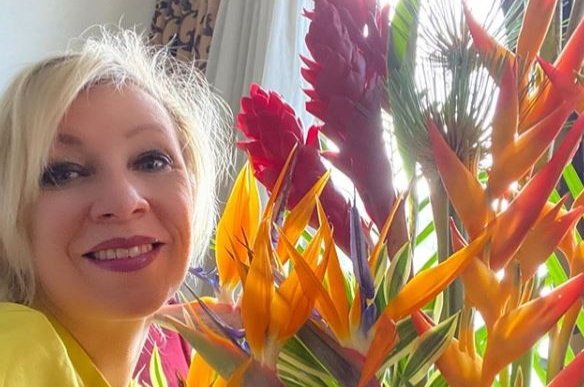 Some Turkish men's admiration for Russian women is not a secret for either side. This has led to many interethnic relationships and marriages, which have significantly contributed to the development of cultural ties between the two countries. This time, a Turkish social media user raised the stakes, complimenting Russian Foreign Ministry spokeswoman Maria Zakharova, the country’s public face of diplomacy.

“You are beautiful like mountain tulip,” Fatih Uçar wrote on Instagram under a selfie of Zakharova, a comment that went viral in a short amount of time on social media.

“How does it look like,” the spokeswoman answered, encouraging Uçar to fly higher.

“You seem like a goddess,” he concluded in the series of compliments.

The experienced spokesperson is active on social networks. She is also known for combining her diplomatic job with dancing. Her performance of Russian folk dance, Kalinka, at the Association of Southeast Asian Nations (ASEAN) summit in 2016 quickly went viral. She was also caught on cameras while dancing the popular Caucasus Mountains dance, Lezginka, in 2019.