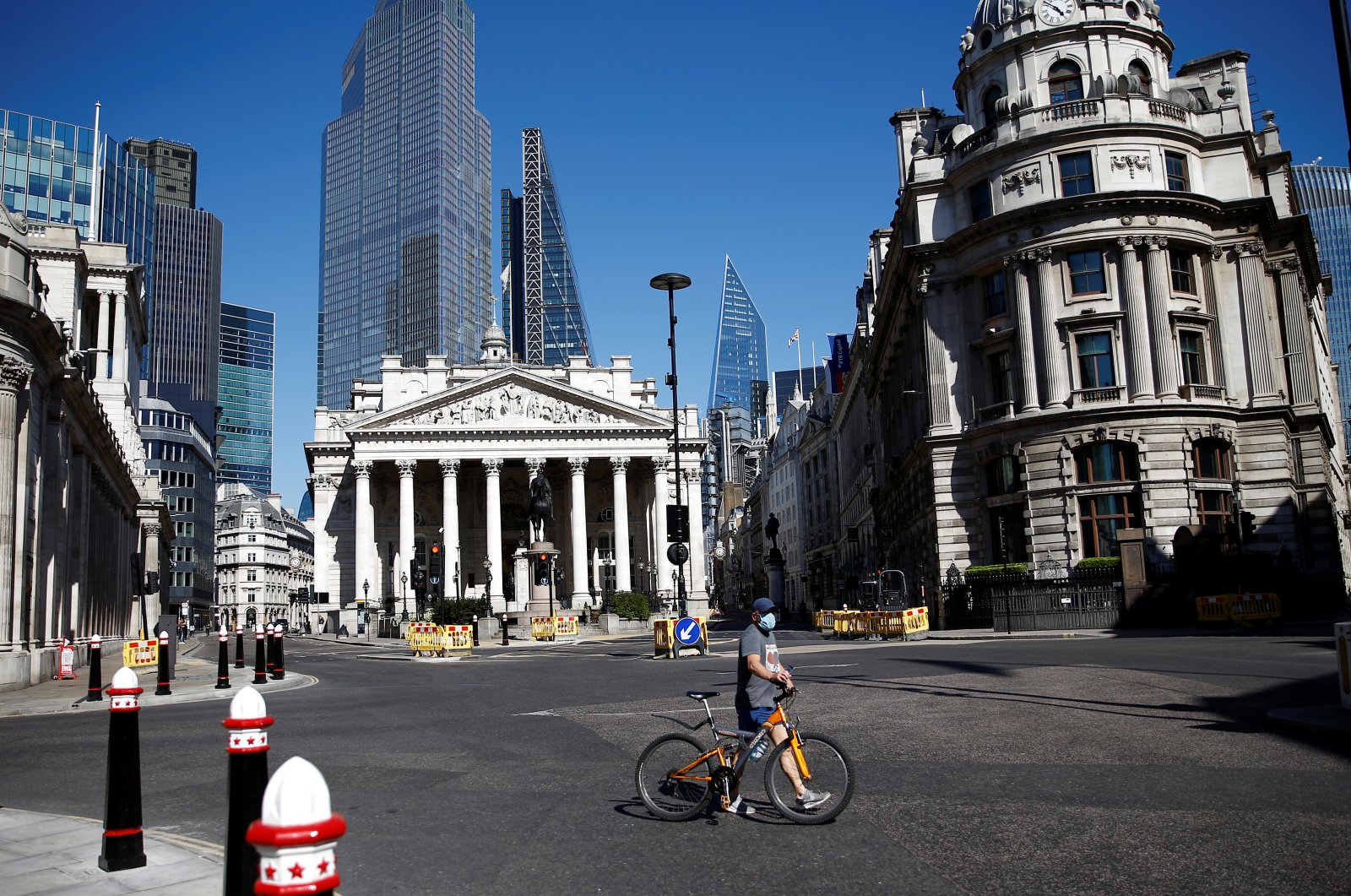 A man wearing a protective face mask walks by a deserted Mansion House in London, following the outbreak of the coronavirus disease (COVID-19), London, Britain, May 6, 2020. (Reuters Photo)
by Compiled from Wire Services May 06, 2020 7:14 pm

Britain's COVID-19 death toll has risen by 649 to 30,076, according to figures announced Wednesday by government Minister Robert Jenrick.

The figures, which reflect deaths in all settings following positive tests for coronavirus, cover the period up to 1600 GMT on Tuesday.

Prime Minister Boris Johnson, a former coronavirus patient himself, has advised Britons to work from home, if possible, and to avoid unnecessary social gatherings.

A nationwide lockdown followed on March 23. Despite strict restrictions on public activity and business, Britain officially has recorded 29,427 deaths among people confirmed to have the virus, the highest toll in Europe.

The number of hospitalizations and deaths reported daily is now falling, and the government is preparing to ease the curbs on economic and social life starting next week. Johnson plans to set out a road map on Sunday. The government says any relaxation will be gradual to prevent a second spike in coronavirus cases.

“This is not going to be a case of flicking a switch,” Johnson spokesman James Slack said. “People will have to prepare for a different type of normal.”