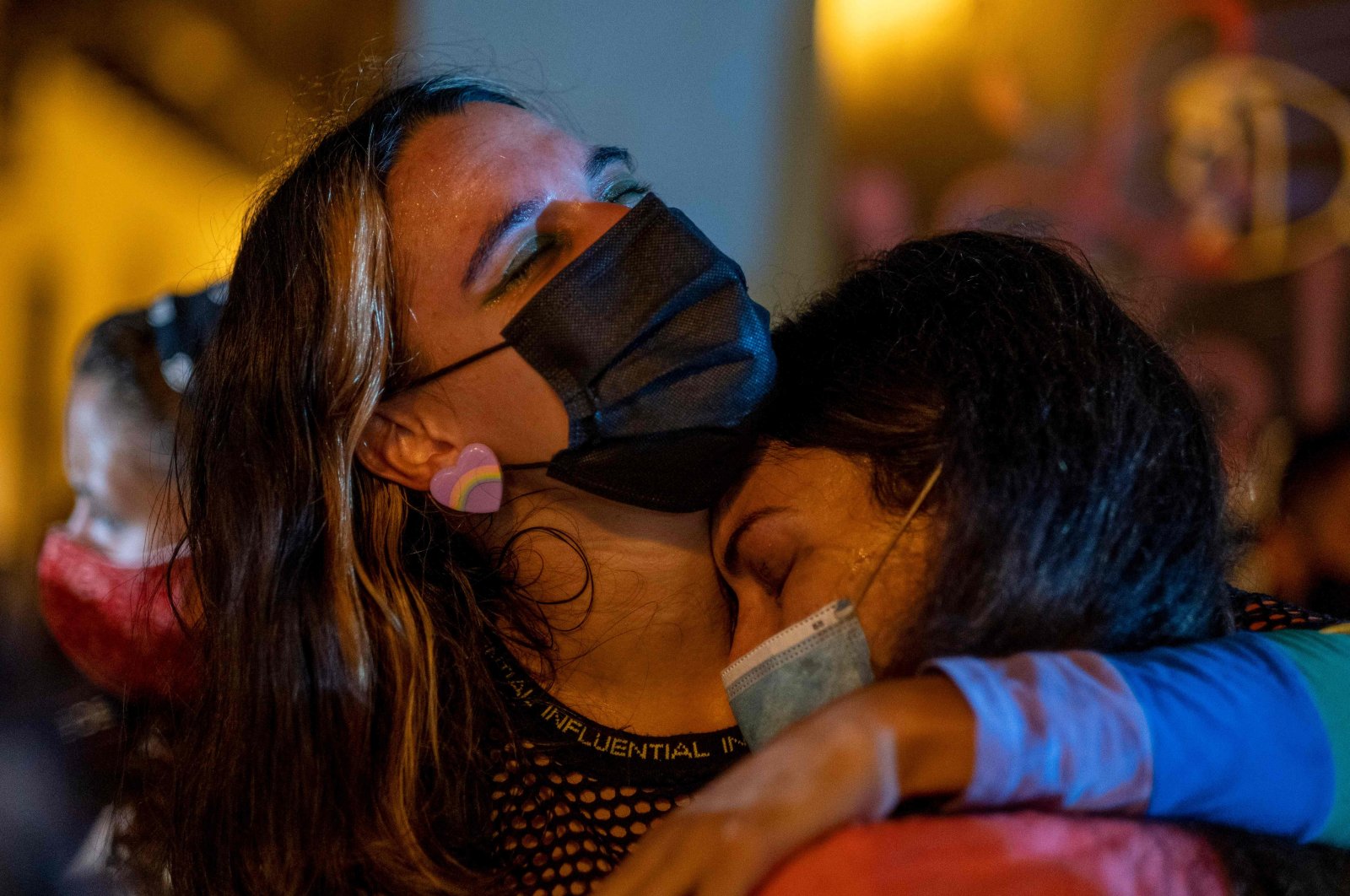 Twenty-five years ago, the world’s nations came together to make sure that half of Earth’s population gained the rights, power and status of the other half. It hasn’t happened, and the United Nations chief urged people everywhere Thursday to "push back” against the forces holding up equality for women.

Addressing the opening session of a high-level meeting to commemorate the landmark 1995 U.N. women’s conference in Beijing, Secretary-General Antonio Guterres said "this is fundamentally a question of power.”

Guterres pointed to the frequent exclusion of women from peace negotiations, climate talks and decision-making roles of all kinds. One in 3 women experiences some form of violence in her lifetime. And the World Bank estimates "that it could take 150 years to achieve gender parity in lifetime earned income,” he said.

The secretary-general has attributed gender inequality to "centuries of discrimination, deep-rooted patriarchy and misogyny.”

The head of the U.N. agency charged with promoting gender equality lamented the "slow, terribly uneven” progress, "pushback” and even regression in reaching the goals in the 150-page platform adopted by the 189 nations that met in China’s capital.

While there has been progress since Beijing, U.N. Women’s Executive Director Phumzile Mlambo-Ngcuka told The Associated Press (AP) on Tuesday that gains have been modest. What’s more, she says, there is sometimes "an exaggeration and an illusion of much bigger progress than there has been.”

Mlambo-Ngcuka said there has been significant "pushback” on reproductive rights, explaining that groups once on the fringes are now in the mainstream, and developed countries from the "global north are also being part of pushback,” including the United States.

"When the U.S. regresses, it is a big deal, not just for the U.S. but for many people who are influenced by trends in the U.S.,” she said.

She expressed deep concern at the possible replacement of the late Supreme Court Justice Ruth Bader Ginsburg, "who was the pillar of the feminist agenda,” with a conservative jurist like Trump administration nominee Amy Coney Barrett.

In the European Union, Mlambo-Ngcuka said, there are countries that want to pull out of the Council of Europe Convention on preventing and combating violence against women or are refusing to ratify it. "You would not have expected that to happen within the EU,” she said. And in Africa and Asia, she said, there are governments "that have not felt any pressure” to move forward.

"So our energy has had to go to stop this pushback, not to work for the advancement of women,” Mlambo-Ngcuka said. "And then came COVID, and that has made the situation worse.”

Secretary-General Guterres said, "In recent times, we have seen around the world a pushback against gender equality and women’s rights.”

The "milestone" Beijing conference made clear that "women’s rights are central to equality and justice everywhere” – and "that they are denied, obstructed and ignored – everywhere,” he said.

"Now is the time to push back against the pushback," Guterres declared.

He said the coronavirus pandemic has hit women and girls the hardest and warned again: "Unless we act now, COVID-19 could wipe out a generation of fragile progress towards gender equality," he said.

The landmark Fourth World Conference on Women in Beijing was crucial because it adopted a road map to gender equality. It was the largest-ever formal gathering of women, though hundreds of men were among the 17,000 participants at the official meeting that adopted the Beijing Declaration and Platform for Action. Some 30,000 people, the vast majority women, attended a parallel NGO forum outside the capital.

"The Beijing Declaration is still the equivalent of the United Nations Charter for women,” U.N. Women's Mlambo-Ngcuka said. "It’s the one thing we have that was adopted by the largest number of member states.”

The platform called for bold action in 12 areas for women and girls, including combating poverty and gender-based violence, ensuring all girls get an education and putting women at top levels of business and government, as well as at peacemaking tables.

It also said, for the first time in a U.N. document, that women’s human rights include the right to control and decide "on matters relating to their sexuality, including their sexual and reproductive health, free of discrimination, coercion and violence.”

China’s President Xi Jinping, speaking as host of the conference, called for redoubled efforts "to promote gender equality and advance the global cause of women’s development.” He said China will donate another $10 million to U.N. Women in the next five years and he proposed that world leaders hold another meeting on gender equality and the empowerment of women in 2025.

At the meeting, 170 nations are expected to speak including over 50 world leaders, among them French President Emmanuel Macron and Mexican President Andres Manuel Lopez Obrador, who had been scheduled to host "Generation Equality” forums this year for thousands of civil society representatives and activists. Those were postponed until 2021 because of the pandemic.

The summit will not be adopting any document. That happened in March when the Commission on the Status of Women, the main U.N. body promoting women’s rights, reaffirmed the 1995 Beijing declaration and platform and pledged to step up implementation.

Mlambo-Ngcuka did point to some advances in the last 10 years including 131 countries that enacted legislation to advance gender equality. The U.N. has also helped change and amend 25 constitutions in 25 years to entrench gender equality and "that is a big deal,” she said.

At the 1995 Beijing conference, then-U.S. first lady Hillary Clinton galvanized participants with a rousing speech featuring words that have become a mantra for the global women’s movement: "Human rights are women’s rights – and women’s rights are human rights.”

"I think we have a lot of work to do,” Clinton said in a virtual discussion on the 25th anniversary of the Beijing conference at the Georgetown Institute For Women, Peace and Security.

"Am I discouraged? No. I’m disappointed we haven’t gone even farther in 25 years. I’m worried about the pushback and the backlash that we see from authoritarian leaders, in particular, who are trying to turn the clock back,” she said.

"But that just energizes me more to speak out, to work with others, to defend those who are on the front lines,” Clinton said. "My thinking has also evolved. I’m certainly going to continue to call for women’s rights. But more important to me now is enabling women to have the power to claim their rights."