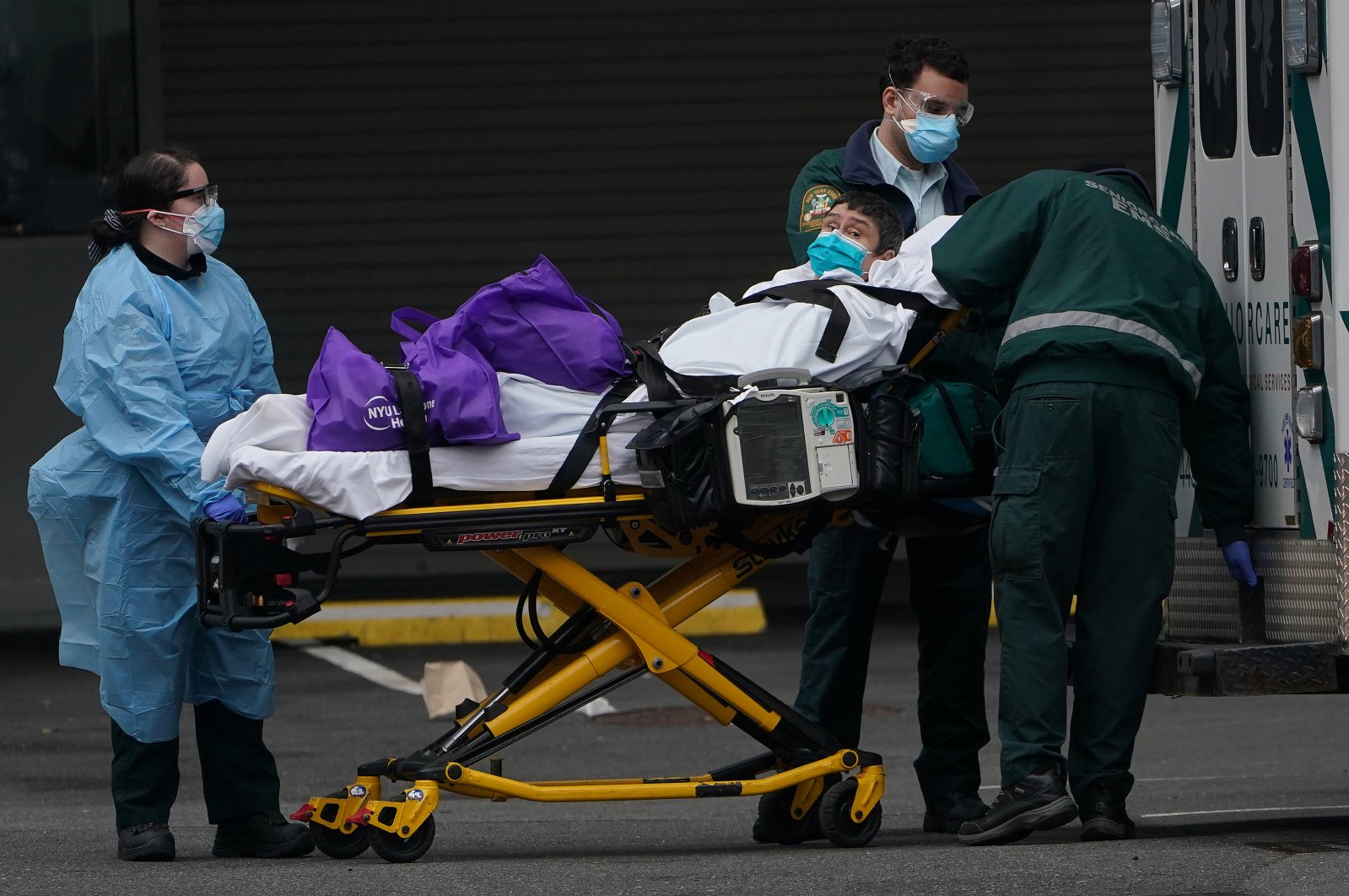 Paramedics move a patient into the hospital during the outbreak of the coronavirus, in the Manhattan borough of New York City, New York, U.S., Wednesday, March 25, 2020. (Reuters Photo)
by Daily Sabah with Wires Mar 31, 2020 12:31 am
RECOMMENDED

The White House coronavirus response coordinator said Monday she is expecting as many as 200,000 coronavirus cases if the U.S. response to the outbreak is done "almost perfectly."

Birx said the projections by Dr. Anthony Fauci, director of the National Institute of Allergy and Infectious Diseases, that U.S. deaths could range from 1.6 million to 2.2 million is a worst case scenario if the country did "nothing" to contain the outbreak, but said even "if we do things almost perfectly," she still predicts up to 200,000 U.S. deaths.

Fauci, issued a similar prediction Sunday and said the novel coronavirus could claim as many as 200,000 lives in the United States, as state and local officials described increasingly desperate shortages in hard-pressed hospitals.

The warning comes after U.S. President Donald Trump extended social distancing guidelines for an additional 30 days running until the end of April in an effort to rein in the virus' spread as the death toll and number of infections continue to mount.

In all, there are over 153,200 confirmed COVID-19 cases in the U.S. and at leas 2,828 deaths, according to data being compiled by Johns Hopkins University.

Birx warned that all jurisdictions must take the outbreak seriously, saying that is major urban centers and rural areas "don't take care now, by the time you see it, it has penetrated your community pretty significantly."

"The best care scenario would be 100% of Americans doing precisely what is required, but we're not sure that all of America is responding in a uniform way to protect one another," she said.