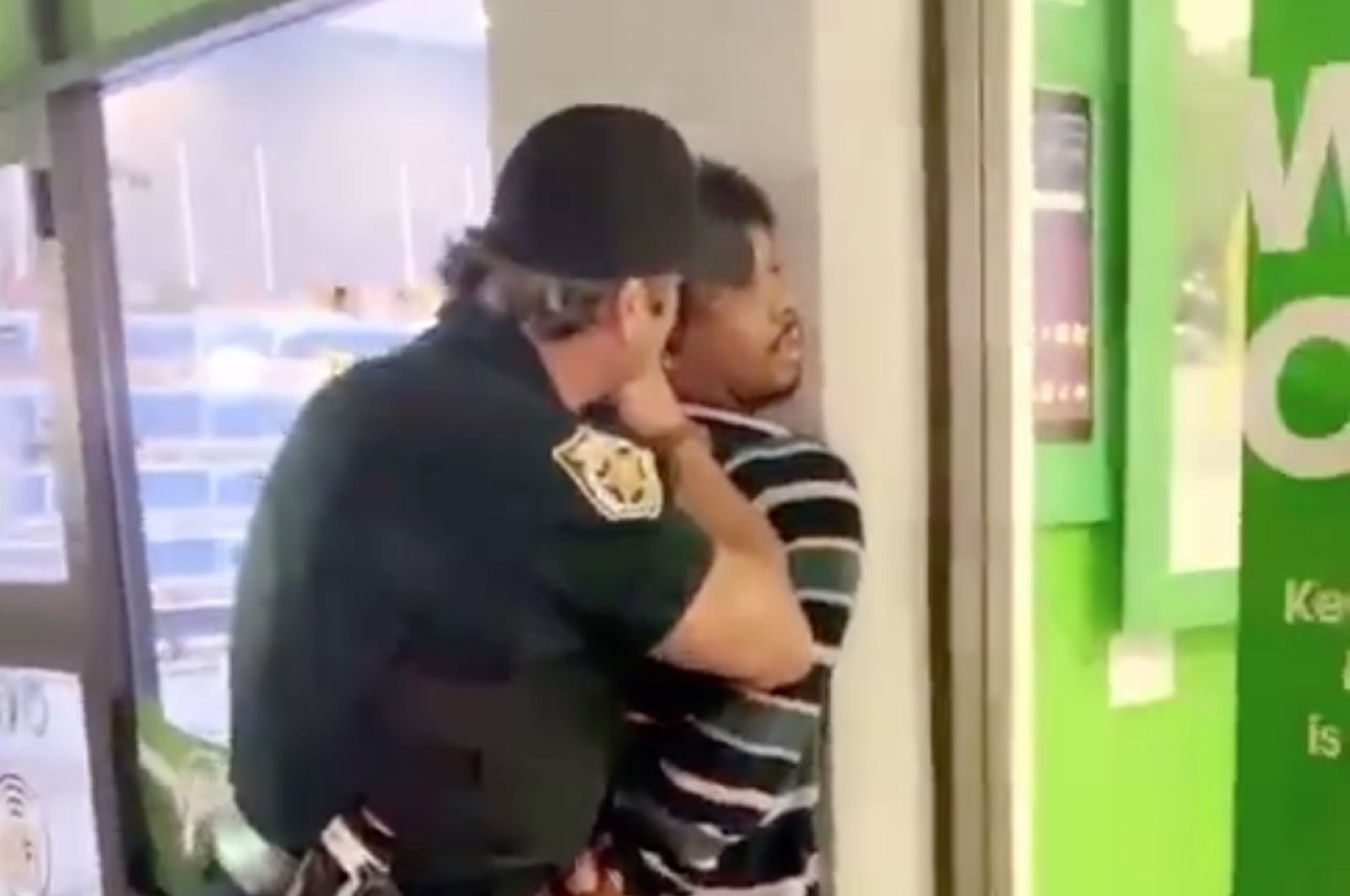 A white Florida sheriff's deputy has been placed on administrative leave after he was caught on camera shoving a handcuffed 19-year-old black man against a wall outside a fast-food restaurant.

In the cellphone video, which was tweeted by Florida-based civil rights attorney Benjamin Crump, Kevin Wygant asserts his First Amendment right to the Palm Beach County deputy, asking, "I don't have the freedom of speech to you?"

The deputy, identified by news outlets as Deputy Charles Rhoads, responds, "not to us you don't," and pushes him face-first against a wall and uses an expletive.

A bystander is heard attempting to intervene. "Woah. Woah. Woah. What are you doing, bro?," he said. The deputy turns and tells them to leave before the video stops.

In a tweet, Crump said Wygant witnessed a fight and was only trying to help.

The sheriff's office placed Rhoads on administrative leave. Palm Beach County Sheriff Ric Bradhaw said on Twitter that he's ordered an internal affairs investigation. "I DO NOT condone this behavior and take this matter very seriously," the tweet said.

Wygant was charged with trespassing, but additional details about the arrest have not been provided.