US unveils plan to bring 6,400 troops home from Germany, shift 5,400 to other countries 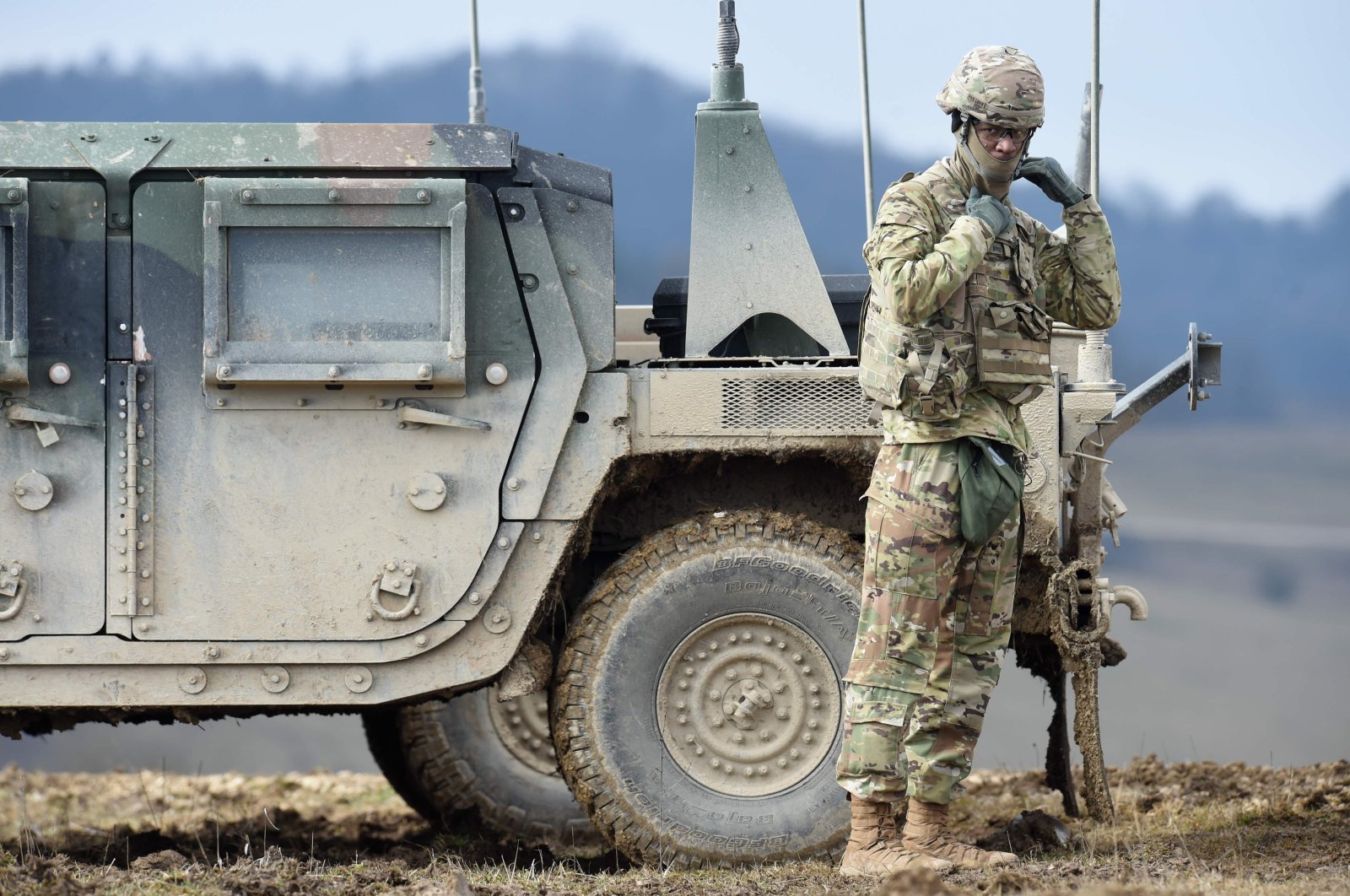 In this file photo a U.S. soldier waits prior to an artillery live fire event by the U.S. Army Europe's 41st Field Artillery Brigade at the military training area in Grafenwoehr, southern Germany, on March 4, 2020. (AFP Photo)
by agencies Jul 29, 2020 4:09 pm
RECOMMENDED

Spurred on by President Donald Trump's demand to pull troops out of Germany, the United States will bring about 6,400 forces home and shift about 5,400 to other countries in Europe, U.S. defense officials said Wednesday, detailing a Pentagon plan that will cost billions of dollars and take years to complete.

According to U.S. Defense Secretary Mark Esper 5,400 troops will be moved to other NATO countries, namely Italy and Belgium. A key aim of the rotation is to reinforce NATO's southeastern flank near the Black Sea, Esper said. Some could also go to Poland and the Baltic states if Warsaw follows through on an agreement already sketched out by the two sides.

The decision fulfills Trump's announced desire to withdraw troops from Germany, at least in part due to its failure to spend enough on defense. U.S. officials said that some moves will begin in months, and would likely send air and ground forces to countries that already have an American troop presence. The plan leaves about 25,000 troops in Germany.

The announcement is closely tied to the plan to increase the U.S. troop presence in Poland, a shift long-desired by Warsaw and Polish President Andrzej Duda. The officials, who spoke on condition of anonymity to discuss plans not yet announced, said the moves will cost "billions” and require construction at bases in the U.S. to accommodate the additional forces. The officials said that in the future other troops would rotate in and out of Europe.

Members of Trump’s own political party have criticized the troop move as a gift to Russia and a threat to U.S. national security. Twenty-two Republicans on the House Armed Services Committee fired back with a letter to Trump saying a reduced U.S. commitment to Europe’s defense would encourage Russian aggression and opportunism.

It's also unclear if the plan would survive if Trump is not re-elected.

Germany is a hub for U.S. operations in the Middle East and Africa. The decision to keep nearly half the forces in Europe, is a clear move by the Pentagon to assuage allies by avoiding the complete withdrawal of 10,000 troops out of the region. And by spreading forces into the east, it sends a message to Russia that the U.S. is not reducing its commitment to the region and remains ready to protect Eastern Europe from any Moscow aggression.

Sen. Jim Inhofe, the Republican chairman of the Senate Armed Services Committee, has voiced support for the plan, while also acknowledging it will take "months to plan, and years to execute.” He was briefed on the issue last week, and issued a statement saying the "concept for realigning U.S. military posture in Europe” is sound.

Trump announced last month that he wanted to cut the number of active duty U.S. troops in Germany from roughly 36,000 to a bit more than 25,000. Shifting forces out of the country had long been rumored and is in line with Pentagon efforts to put more troops in the Indo-Pacific. But Trump’s comments indicated the move was tied more directly to his anger over Germany’s failure to meet NATO defense spending goals.

Trump has branded Germany "delinquent” for failing to meet a NATO goal set in 2014 for members to halt budget cuts and move toward spending at least 2% of gross national product on defense by 2024. And he asserted that the Germans had long shortchanged the United States on trade and defense, declaring that "until they pay” more for their own defense, he will reduce U.S. troops.

At a Rose Garden event last month with Polish President Andrzej Duda, Trump said that some of the troops from Germany would go to Poland and some would go to "other places.”

Under an agreement announced last year, the U.S. already announced it was sending about 1,000 more troops to Poland, and progress is being made, officials said, to lay the groundwork for those moves. Based on that agreement, the U.S. will add a division headquarters, a combat training center, a unmanned aircraft squadron and structure to support an Army brigade that could rotate in and out of the country.

Overall, the U.S. has about 47,000 troops and civilian personnel in Germany, spread out across a number of bases, headquarters and smaller installations. Most of the 35,000 active-duty are in a handful of larger Army and Air Force bases including Ramstein Air Base, a hub in the region. There also are 2,600 National Guard and Reserve forces in Germany, and almost 12,000 civilians working for the services or the Defense Department.

After Trump's meeting with Duda, Esper in early July made a rare overseas trip to NATO for a brief visit, seeking to reassure allies that Washington is still committed to the region and that he will consult with them on troops movements. Because of the coronavirus threats, international travel has been significantly limited.

Several NATO defense ministers had expressed concern about the decision to pull thousands of troops out of Germany, particularly since Trump has talked repeatedly about bringing troops home and getting the U.S. out of "endless wars.”