US urges WHO to review its COVID-19 response, organization claims working 'night and day' on pandemic 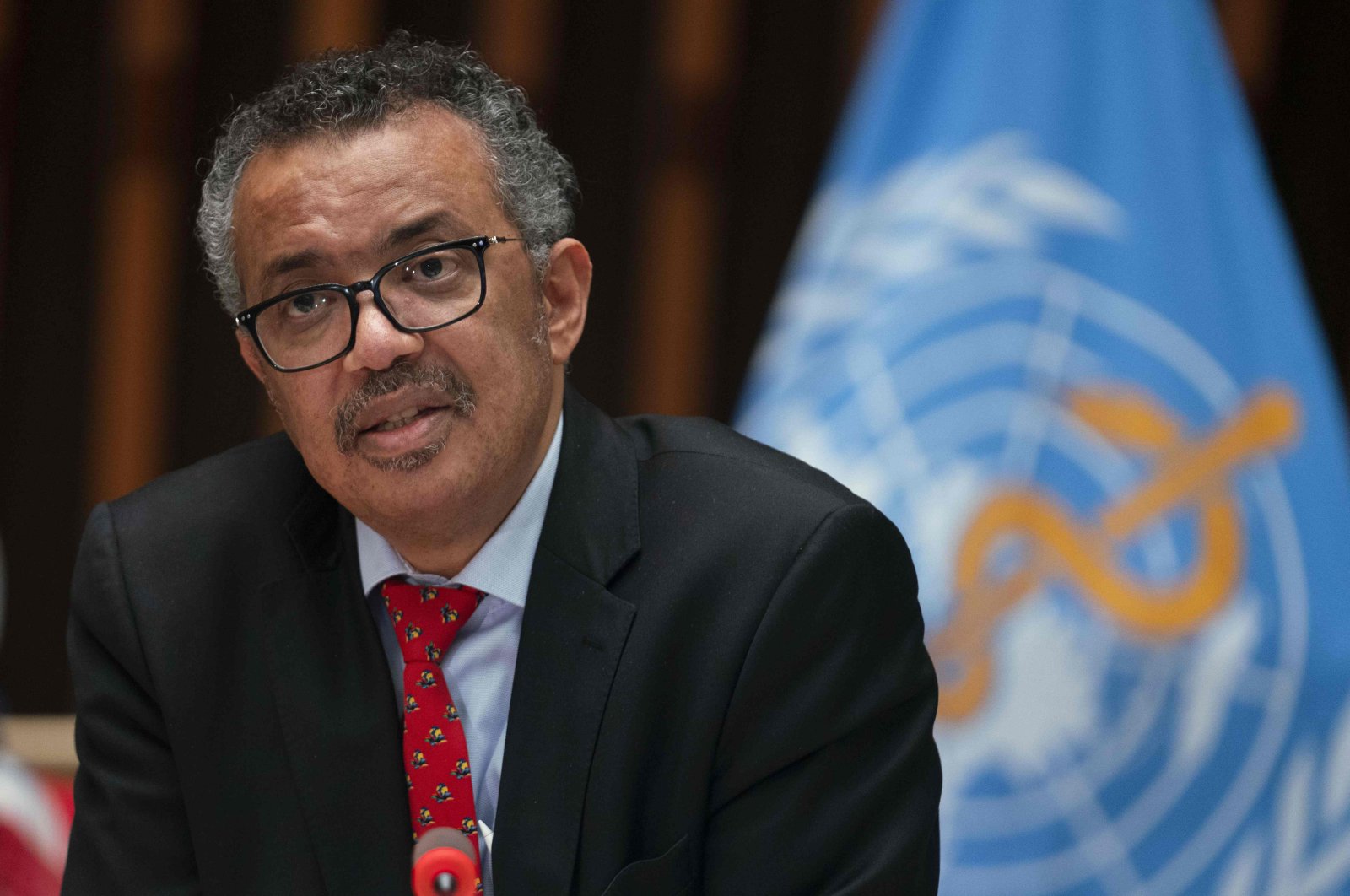 WHO Director-General Tedros Adhanom Ghebreyesus attending the 147th session of the WHO Executive Board held virtually by videoconference, amid the COVID-19 pandemic, Geneva, Switzerland, May 22, 2020 (Christopher Black/ World Health Organization via AFP Photo)
by REUTERS May 22, 2020 4:05 pm
RECOMMENDED

The United States called on the World Health Organization (WHO) Friday to begin work immediately on investigating the source of the coronavirus, as well as its handling of the response to the pandemic.

U.S. President Donald Trump, who has accused the agency of being "China-centric," threatened in a tweeted letter to WHO Director-General Tedros Adhanom Ghebreyesus on Monday to permanently halt funding if the WHO did not commit to improvements within 30 days and to reconsider his country's membership in the agency.

More than 5.12 million cases of COVID-19 have been reported worldwide, including more than 330,000 deaths, since the virus emerged in the central Chinese city of Wuhan late last year, according to the latest Reuters tally.

The WHO's executive board of 34 member states, including the United States, held a three-hour session on Friday.

Adm. Brett P. Giroir, the U.S. assistant secretary for health, told the board in a written statement, "As President Trump just made clear in his May 18 letter to Director-General Tedros, there is no time to waste to begin on the reforms needed to ensure such a pandemic never happens again.

"We applaud the call for an impartial, independent and comprehensive review to be undertaken in consultation with member states and urge that work begin now," he said.

Giroir was referring to a resolution presented by the European Union that was unanimously adopted by the WHO's annual ministerial assembly of 194 states on Tuesday that called for a thorough evaluation "at the earliest appropriate moment."

"This review will ensure we have a complete and transparent understanding of the source, timeline of events and decision-making process for the WHO’s response to the COVID-19 pandemic," he said.

When the WHO assembly resumes in the autumn, it must address the outcome of the review process and reforms to strengthen the WHO, "including the ability of Taiwan to participate as an observer," Giroir added.

Taiwan lobbied hard to be included as an observer at the two-day assembly and received strong support from the United States, Japan and others, but says it was not invited due to opposition from China. China considers Taiwan a breakaway province with no right to the trappings of a sovereign state.

Tedros has always promised a post-pandemic review and "accountability."

In remarks to the board, Tedros said the WHO had worked nonstop since the coronavirus emerged, informing all member states of its evolution and providing technical advice.

"WHO has worked day and night to coordinate the global response at all three levels of the organization, providing technical advice, catalyzing political solidarity, mobilizing resources, coordinating resources and much more," he said.

"So far almost $800 million has been pledged or received toward WHO's appeal for COVID-19 programs, leaving a gap of just over $900 million," he said.