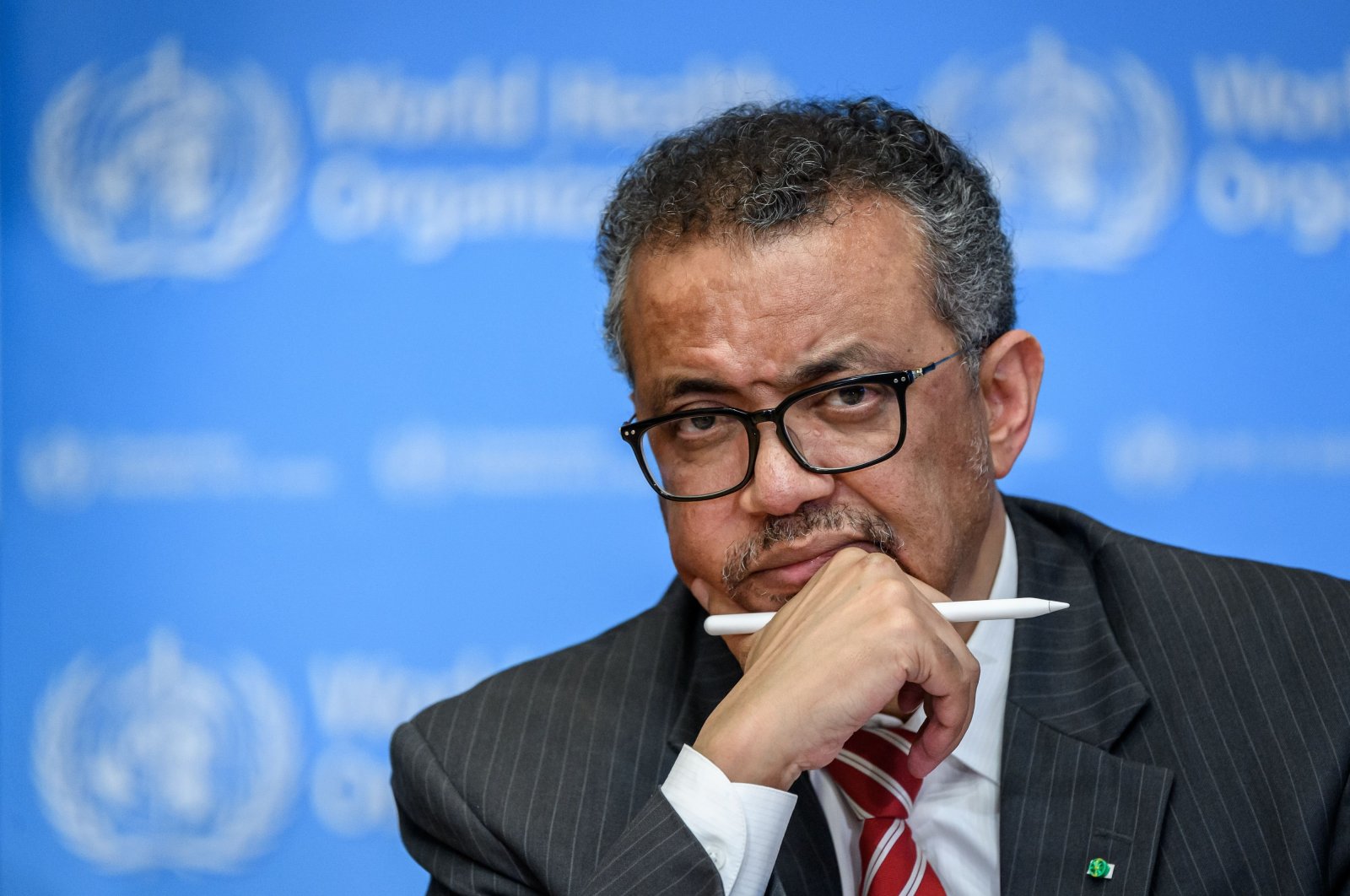 World Health Organization (WHO) Director-General Tedros Adhanom Ghebreyesus attends a daily press briefing on COVID-19, the disease caused by the coronavirus, at the WHO headquarters in Geneva, Switzerland, March 11, 2020. (AFP Photo)
by REUTERS Aug 10, 2020 3:56 pm
RECOMMENDED

There is a “vast global gap” between funds needed to fight the coronavirus pandemic and funds committed, World Health Organization (WHO) chief Tedros Adhanom Ghebreyesus said Monday, stressing that the WHO was only “10% of the way” there.

More than 19.92 million people have been reported to be infected by the coronavirus globally and 729,883​ have died, according to a Reuters tally.

Infections have been reported in more than 210 countries and territories since the first cases were identified in China in December 2019.

“The coming three months present a crucial window of opportunity to scale up the impact of the ACT Accelerator for global impact,” Tedros told a briefing in Geneva, referring to the “Access to COVID-19 Tools” (ACT) initiative.

He said the WHO was only “10% of the way” to funding the billions of dollars required.

“For the vaccines alone, over $100 billion will be needed,” Tedros said, acknowledging that the figure is a lot of money.

“But it’s small in comparison to the $10 trillion that have already been invested by G-20 countries in fiscal stimulus to deal with the consequences of the pandemic so far," he said.

However, he said he saw “green shoots of hope.”

Ryan said that Brazil is registering 50,000-60,000 cases per day. “Brazil is sustaining a very high level of epidemic, the curve is somewhat flattened, but it’s not going down and the system is under a great deal of pressure," he said.

“In a situation like that, hydroxychloroquine is not a solution and not a silver bullet,” he added, referring to the malaria drug which President Jair Bolsonaro has encouraged Brazilians to take against COVID-19.