World on alert over rise in COVID-19 cases, global deaths near 750K 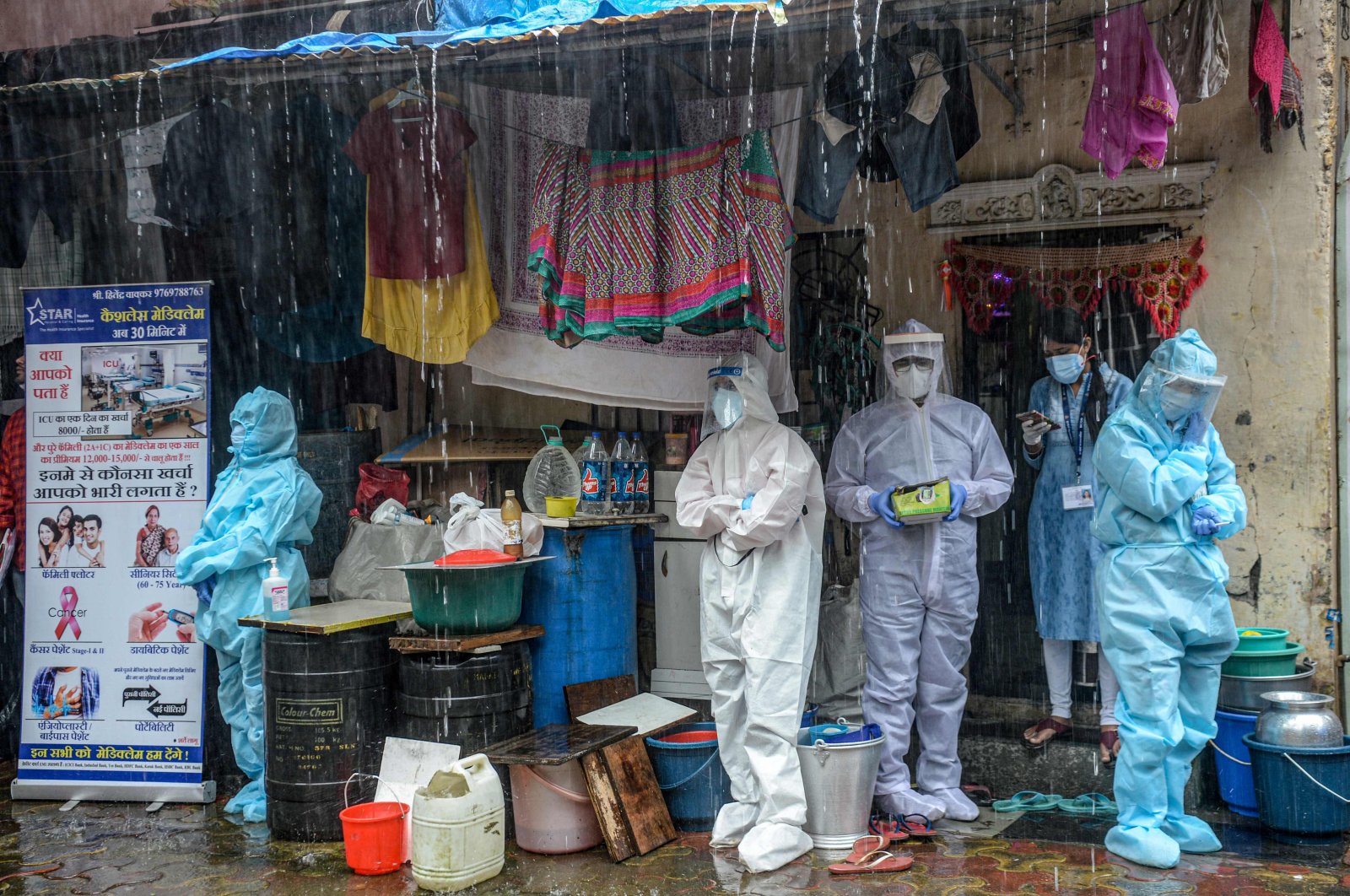 As global coronavirus deaths climb toward 750,000, many countries are far from claiming victory over the pandemic and are battling a second round of outbreaks

The world is nearing the somber milestone of 750,000 deaths in nearly eight months since the first coronavirus cases were reported, as many countries are reporting record daily rises in COVID-19 case numbers.

India reported another record daily rise in coronavirus infections on Thursday, while the death toll from COVID-19 surpassed 47,000. Infections grew by 66,999 on Thursday from a day earlier to reach a total of nearly 2.4 million to date, India's health ministry said. The country, with the world's biggest caseload behind the U.S. and Brazil, has now reported a jump of 50,000 cases or more each day for 15 straight days.

Although India's major cities, such as New Delhi and Mumbai – the first to be hit by the virus – have registered a decline in cases, numbers in second-tier cities and rural areas continue to rise. Bihar is India's third-most-populous state; if it were a country, it would be the 14th-most-populous in the world.

Worldwide coronavirus cases have surpassed 20 million with the U.S., India and Brazil together accounting for nearly two-thirds of all cases and many places seeing new outbreaks.

In Europe, not even two months after battling back the coronavirus, Spain’s hospitals are beginning to see patients struggling to breathe returning to their wards. The deployment of a military emergency brigade to set up a field hospital in Zaragoza this week is a grim reminder that Spain is far from claiming victory over the coronavirus that devastated the European country in March and April. Authorities said the field hospital is a precaution, but no one has forgotten scenes of hospitals filled to capacity and the daily death toll reaching over 900 fatalities a few months ago.

While an enhanced testing effort is revealing that a majority of the infected are asymptomatic and younger, making them less likely to need medical treatment, the concern is increasing as hospitals begin to see more patients. Experts are searching for reasons why Spain is struggling more than its neighbors after Western Europe had won a degree of control over the pandemic.

Spain, with a population of 47 million, leads Europe with 44,400 new cases confirmed over the past 14 days, compared with just 4,700 new cases registered by Italy, with 60 million inhabitants, which was the first European country to be rocked by the virus. Spain is still in good shape compared with many countries in the Americas, where the spread seems unchecked in the U.S., Mexico and several South American countries. But hospitalizations with COVID-19 have quintupled in Spain since early July when cases were down to a trickle after a severe lockdown stopped a first wave of the virus that had pushed the health care system to breaking point.

U.N. Secretary-General Antonio Guterres warned Wednesday that the COVID-19 pandemic not only threatens gains in fighting global poverty and building peace but risks exacerbating existing conflicts and generating new ones.

The U.N. chief told a Security Council meeting on the challenge of sustaining peace during the pandemic that his March 23 call for an immediate cease-fire in conflicts around the world to tackle the coronavirus led a number of warring parties to take steps to de-escalate and stop fighting. “Yet, regrettably, in many instances, the pandemic did not move the parties to suspend hostilities or agree to a permanent cease-fire,” Guterres said.

His predecessor as secretary-general, Ban Ki-moon, told the council, “It is truly astonishing that in response to this pandemic, the world has placed billions of people under lockdown, closed international borders, suspended trade and migration, and temporarily shut down a whole variety of industries – but has not managed to suspend armed conflicts.”