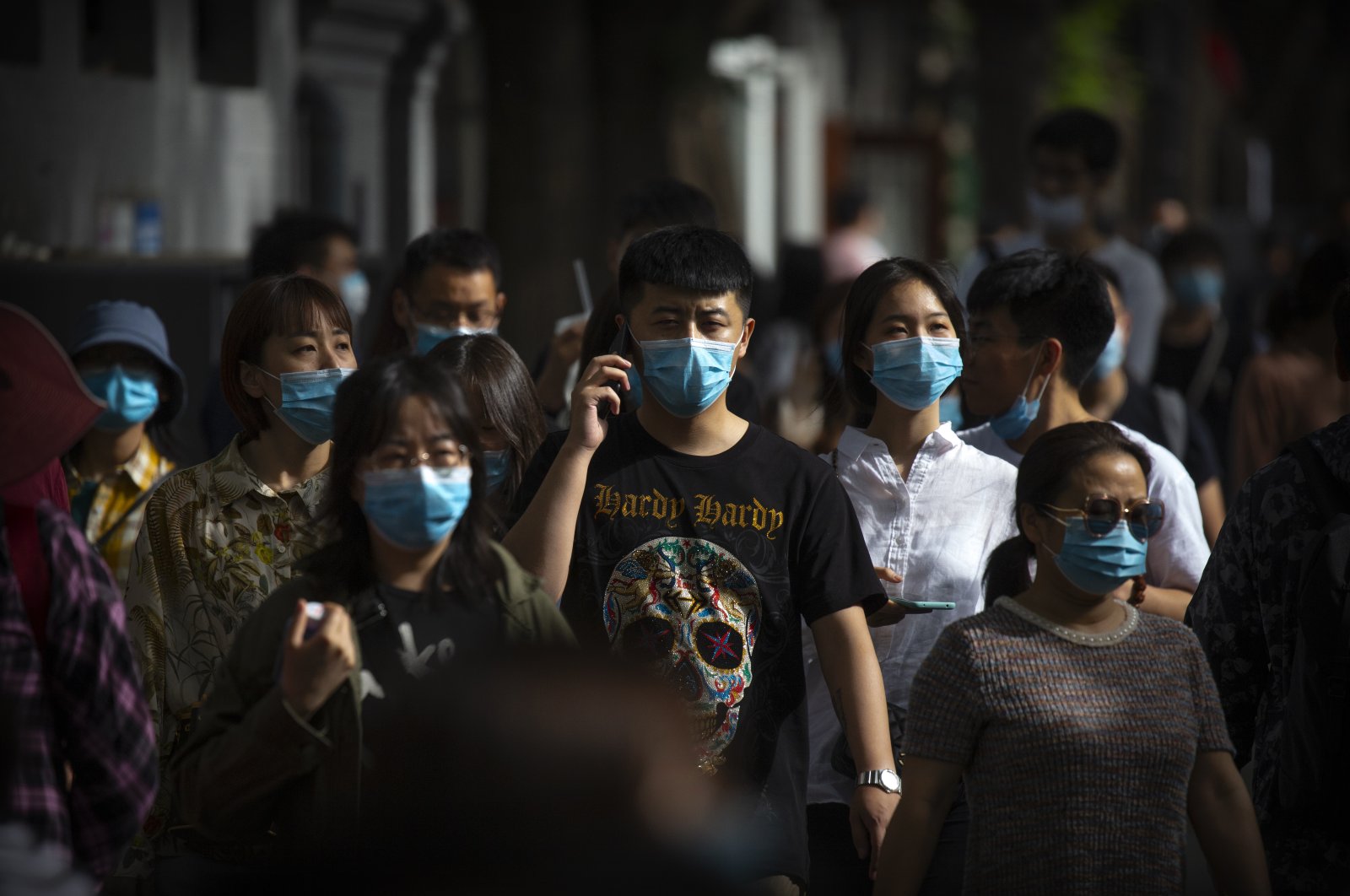 People wearing face masks to protect against the spread of the new coronavirus walk along a pedestrian shopping street in Beijing, China, May 16, 2020. (AP Photo)
by Agencies
May 21, 2020 11:11 am

The U.K. has the second-highest death toll with 35,786, followed closely by Italy with 32,330. The statistics represent only a fraction of the exact total of cases with many countries testing only the most serious infections.

China, ground zero of the virus, has registered more than 84,000 cases and 79,310 recoveries. The country's death toll stands at 4,638. The barely changing figures continue to raise questions in and outside China.

The World Health Organization (WHO) on Wednesday reported the largest single-day increase in coronavirus cases.

The WHO said 106,662 virus cases were reported to the U.N. agency Tuesday – the most in a single day since the outbreak erupted in the Chinese city of Wuhan in December.

WHO chief Tedros Adhanom Ghebreyesus said he was "very concerned" about the situation in low- and middle-income nations.

Overall, the virus has spread to 188 countries since it first emerged. Despite the rising number of cases, most who contract the virus suffer mild symptoms before making a recovery.

There was encouraging news on the scientific front Wednesday, as researchers reported progress on a prototype vaccine while another study into whether infection provides immunity against re-exposure showed promising signs.

Many governments see the development of an effective vaccine as the only surefire way to fully reopen their economies without risking increased death tolls.