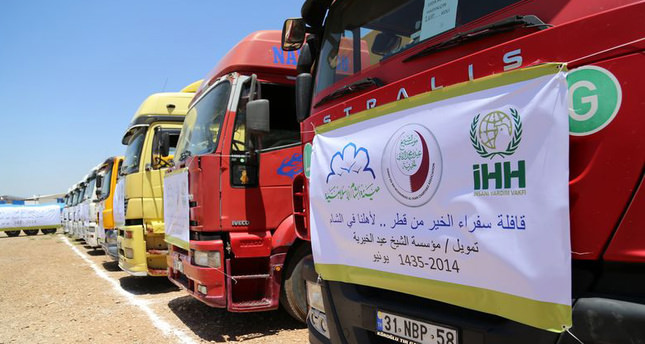 by AA Jun 22, 2014 12:00 am
Turkey's Humanitarian Relief Foundation (IHH) on Sunday delivered food packages to several charities in the Gaza Strip for distribution among the enclave's poor families in the holy Muslim month of Ramadan.

The gesture aims to ease the burdens of Gaza's poor families during the holy month, he added.

The Turkish relief agency provides humanitarian services in 120 countries. It opened a branch in the Gaza Strip in 2009 following a bloody and highly destructive Israeli military onslaught on the coastal enclave.

The Gaza Strip, home to over 1.8 million Palestinians, has groaned under an Israeli blockade imposed since 2006, depriving the coastal enclave's residents of their most basic needs.