30 pct of Gazans without daily income in Ramadan 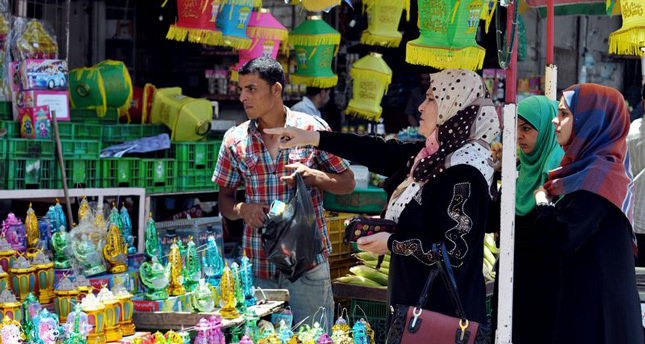 by AA Jun 29, 2014 12:00 am
Around 30 percent of the residents of the Gaza Strip are left without a daily income during the fasting month of Ramadan, a new survey showed on Sunday.

Around 600,000 people are left without daily income in the strip, which stands for 30 percent of Gaza's population of 1.8 million, said the Gaza Chamber of Commerce, an independent body.

It added that this year's Ramadan, which begins Sunday, coincides with tough economic conditions for the people of the coastal enclave for the eighth year in a row.

The chamber said that Gaza's unemployment rate has reached 41 percent of the labor force, which is widely expected to hit 44 percent in the second half of this year.

Around 38.8 percent of the residents of Gaza are poor, the chamber said, referring to a similar rise in abject poverty.

It noted that deteriorating economic conditions in Gaza had prevented the Strip from importing commodities and foodstuffs necessary for Ramadan.

Israel has been blockading Gaza since 2006.