Many Muslims to observe Eid on Monday 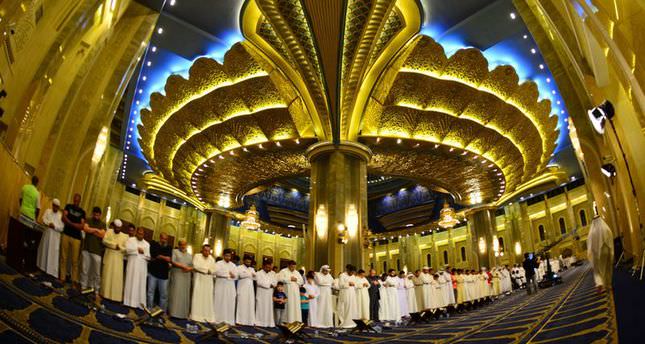 by AA Jul 27, 2014 12:00 am
Turkish people and most Muslims around the world are preparing to embrace Ramadan feast after a month of fasting on Monday, while some are to celebrate it on Tuesday.

Although that calendar like Gregorian also has 12 months, it drifts each solar year by 11 to 12 days.

Thus, local authorities need to determine the celebration day every year and sight a new moon to announce the feast.

Muslims that follow these two authorities opted to celebrate on the same day.

While Turkey has deployed scientific ways to determine beginning of a new month, Saudi religious authorities still depend on a naked eye system.

In previous years, these authorities announced different dates for religious feasts. This year, however, they have decided on the same day for celebrations.

However, Iranian and Pakistani religious authorities announced that the feast will begin on Tuesday.

The Pakistani authority said has not yet observed the beginning of a month, and so had decided to postpone celebrations to Tuesday.