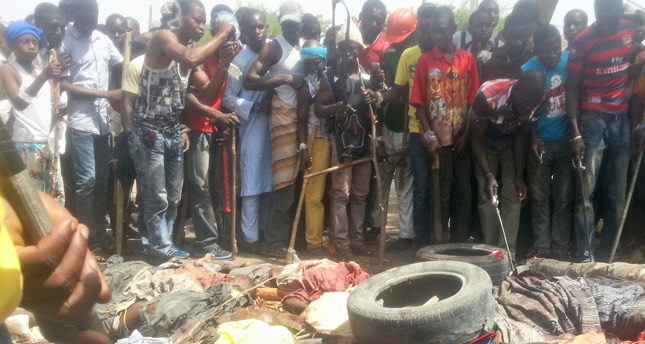 by reuters Mar 16, 2014 12:00 am
KADUNA, Nigeria – Gunmen killed more than 100 people in an attack on three villages in central Nigeria, an area where longstanding disputes over land, religion and ethnicity often erupt into violence, two local government officials said on Sunday.

The police confirmed the attacks by Fulani herdsman late on Friday but declined to give a death toll.