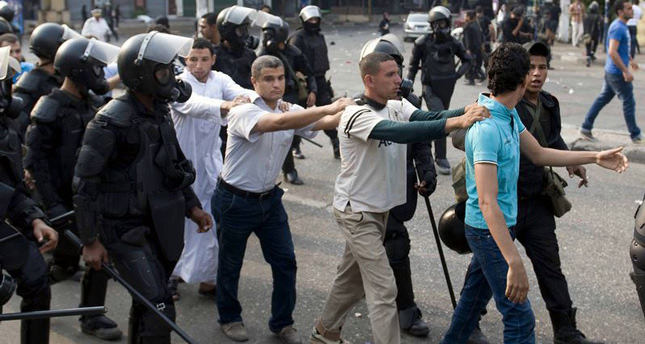 A day after more than 500 supporters of ousted President Mohammed Morsi were sentenced to death, an Egyptian court has opened another mass trial

MINYA, Egypt — Egypt has opened another mass trial of suspects with 683 defendants facing charges of murder and sabotage, including the Muslim Brotherhood's top leader.

Tuesday's proceedings are being held in the southern city of Minya, where just the day before the same court handed down death sentences to 529 supporters of ousted President Mohammed Morsi over a deadly attack on a police station. That verdict followed a rushed, two-day trial that drew wide public and international criticism.

Only 60 of the 683 defendants were in the dock on Tuesday. The rest are being tried in absentia. The Brotherhood's spiritual guide did not appear in court, with authorities citing security reasons.

Erdoğan called on the EU, questioning, "Where are you, westerners? You are showing no reaction, why? Was the death sentence not banned in the European Union? This is 529 executions."