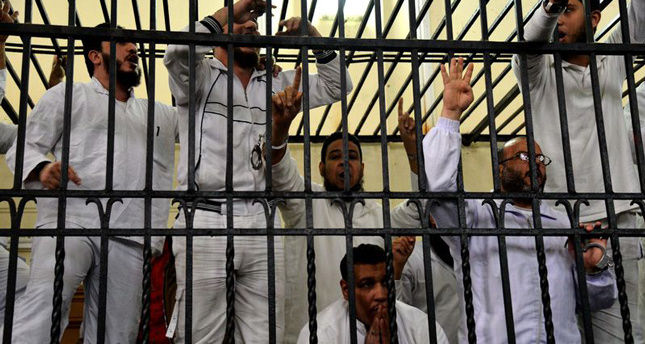 by Apr 16, 2014 12:00 am
CAIRO An Egyptian court sentenced 119 supporters of the Muslim Brotherhood of former president Mohamed Mursi to three years each in prison on Wednesday in connection with protests last October against his overthrow, judicialsources said.

More than 50 people were killed in the Oct. 6 protests called by Mursi supporters, one of the bloodiest days since his overthrow by the military on July 3. Judge Hazem Hashad acquitted six people in the case. They faced charges including unlawful assembly and thuggery.

The army-backed authorities have banned the Muslim Brotherhood and driven it underground, killing hundreds of its supporters in the weeks after Mursi was toppled and arresting thousands more.