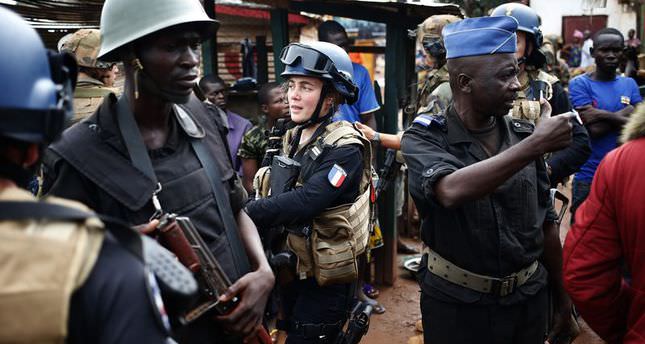 by AA
Apr 17, 2014 12:00 am
N'DJAMENA – Chad announced Wednesday that it completed the pullout of its peacekeepers from the Central African Republic (CAR).

Speaking at a conference in the southern city of Sarh, Suleiman Adam, the commander of the mission, said the last Chadian peacekeeper crossed the border with the Central African Republic on April 13.

Made up of 850 soldiers, the Chadian troops were accused of bias to the predominantly Muslim seleka militia.

The mineral-rich country descended into anarchy one year ago when Seleka rebels – said to be mostly Muslim – ousted Christian President Francois Bozize, who had come to power in a 2003 coup.

Since last December, thousands, mostly Muslims, have been killed in sectarian bloodletting throughout the country.