Ebola virus in Guinea is a new strain 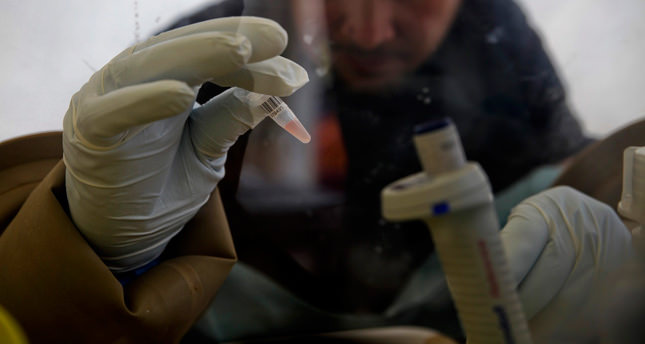 by French Press Agency - AFP
Apr 17, 2014 12:00 am
AFRICA — The virus that has caused a deadly Ebola epidemic in Guinea is a new strain that emerged locally, possibly transmitted by fruit bats, virologists have said.

The outbreak is the first to be recorded in West Africa, but researchers said the virus causing it did not come from other countries where Ebola already circulates. An international team of scientists unravelled the genome of the virus and found it to be distinct from strains in the Democratic Republic of Congo (DRC) and Gabon, though they share an ancestor.

The virus is of the EBOV type -- one of three species that have caused outbreaks in sub-Saharan Africa, said the study published in the New England Journal of Medicine on Wednesday. "This study demonstrates the emergence of EBOV in Guinea," the authors wrote.

Data from the genetic analysis "suggest a single introduction of the virus into the human population," probably in early December 2013 "or even before", according to the study. "It is suspected that the virus was transmitted for months before the outbreak became apparent," it added.

"This length of exposure appears to have allowed many transmission chains and thus increased the number of cases of Ebola virus disease." Though it has not been confirmed, the study said fruit bats found throughout West Africa were "potential reservoirs" of the virus.

"It is possible that EBOV has circulated undetected in this region for some time," said the authors. More than 100 people have died of the outbreak in Guinea since the beginning of the year, and neighbouring Liberia has reported 13 deaths. The fatality rate was between 71 and 86 percent in the cases they studied, the team wrote. There is no vaccine or cure for Ebola. People can contract the disease from handling the blood or other bodily fluids of sick or dead forest animals.

The virus can then easily spread among humans through contact with infected blood, body fluids and tissue. An epidemic can only be stopped by isolating suspected cases in ultra-clean conditions and quarantining those who had been in contact with them.

Symptoms include muscle pain, vomiting, diarrhoea and, in extreme cases, organ failure and unstoppable bleeding. Past Ebola outbreaks in Africa have happened in the two Congos, Sudan, Gabon, Republic of Congo and Uganda.