Dozens killed in a UN base raid South Sudan 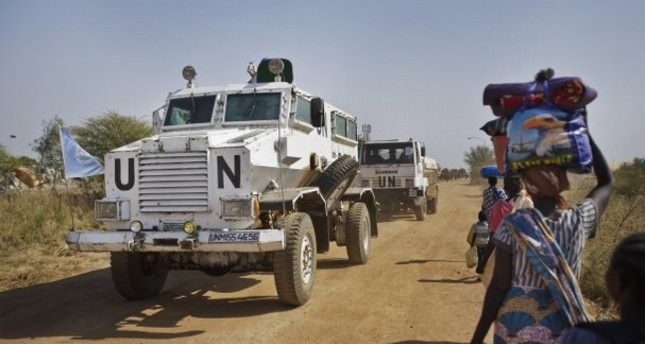 by Apr 18, 2014 12:00 am
JUBA, South Sudan — A mob of armed civilians pretending to be peaceful protesters delivering a petition to the United Nations in South Sudan forced their way into a U.N. base sheltering some 5,000 civilians on Thursday and opened fire, the world body said.

A U.N. source, speaking on condition of anonymity, said at least 48 people had been killed and 60 wounded in the attack on the base in Bor in northern Jonglei state, where there are Indian and South Korean U.N. peacekeepers.

U.N. spokesman Stephane Dujarric said dozens of civilians were wounded, but the exact number of people killed or wounded had not yet been confirmed. Two U.N. peacekeepers were wounded repelling the armed mob, he said.

More than 1 million people have fled their homes since fighting erupted in the world's youngest country in December between troops backing President Salva Kiir and soldiers loyal to his sacked vice president, Riek Machar.

Thousands of people have been killed and tens of thousands have sought refuge at U.N. bases around the country.