South Sudan UN base raid may be 'war crime' 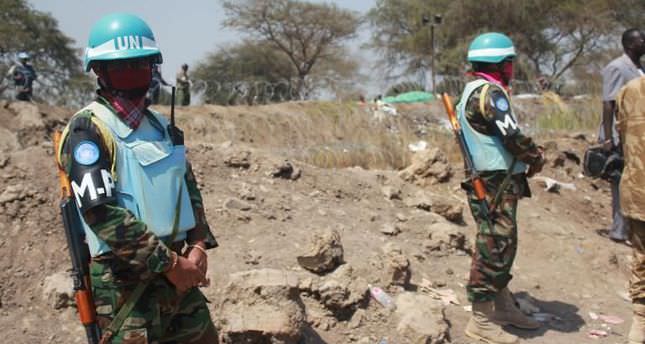 by Anadolu Agency Apr 20, 2014 12:00 am
NEW YORK - The United Nations Security Council has said an attack on a UN base in South Sudan which killed at least 58 people and injured 100 others may "constitute a war crime".

A mob of armed civilians pretending to be peaceful protesters delivering a petition to the UN had forced their way on to the base sheltering some 5,000 civilians on Thursday and opened fire.

Expressing its "outrage" over the attack on Friday, the UN demanded the South Sudan government do more to prevent future attacks against civilians.
Last Update: Apr 20, 2014 5:09 pm
RELATED TOPICS