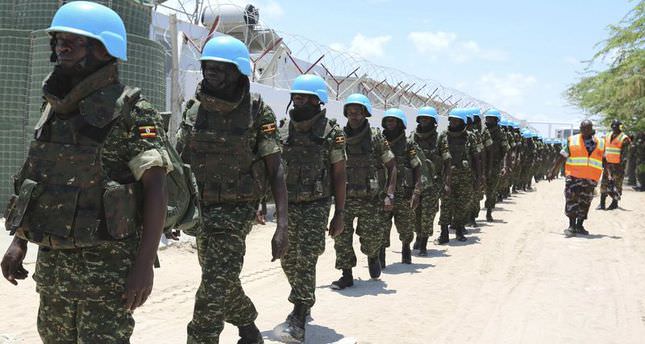 by AA Apr 24, 2014 12:00 am
UNITED NATIONS — The United Nations is planning to create a non-lethal, logistical support force to some 10,500 Somali National Army (SNA) soldiers so they can better cope with the security and humanitarian challenges in the country.

Nicholas Kay, the UN special envoy to Somalia, also appealed on Wednesday for the world body's international partners to boost support for humanitarian efforts in Somalia, where the UN currently feeds one million people a day. Two years ago, a famine in Somalia killed half a million people died.

Strengthening the Somali army is critical to opposing the strongest group in the country, Al-Shabaab and its militants, as they continue to attack the UN and other targets in the country, Kay said.