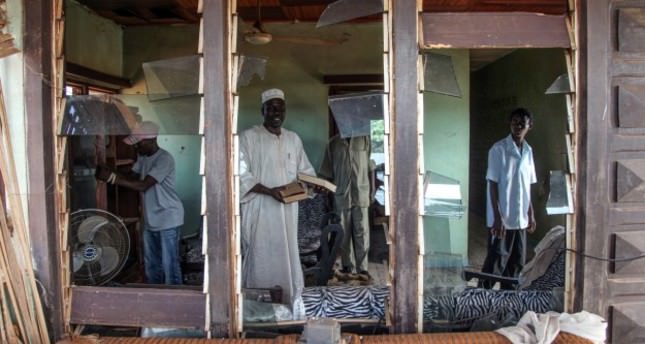 by AA
Apr 28, 2014 12:00 am
BANGUI — At least 22 people were killed in an attack on a hospital in Nanga Boguila, some 450km north of Central African Republic's capital Bangui, according to reporters.

Gunmen believed to be affiliated with seleka militia had attacked the hospital on Saturday afternoon, killing at least 22 people, including three Doctors Without Borders (MSF) staffers, the African peacekeeping force confirmed on Monday.

The mineral-rich country descended into anarchy one year ago when seleka rebels – said to be mostly Muslim – ousted Christian president Francois Bozize, who had come to power in a 2003 coup. The rebels later installed Michel Djotodia, a Muslim, as interim president.

Anti-Muslim violence has escalated since January, when Catherine Samba-Panza, a Christian, was elected interim president.

According to the UN refugee agency, more than 173,000 people had been internally displaced while 37,000 others had fled to neighboring countries.