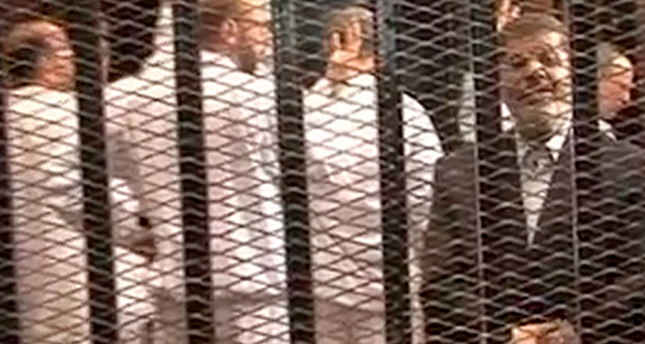 by French Press Agency - AFP
Apr 28, 2014 12:00 am
CAIRO — An Egyptian court sentenced 42 supporters of deposed president Mohamed Morsi Yesterday to prison terms ranging from three to 15 years on violencerelated charges, a judicial source said. The verdict was delivered by Said Youssef Sabry, the same judge in the southern city of Minya who last month sentenced to death 529 alleged Islamists in a verdict that triggered international outrage. Sunday's sentencing of 42 Morsi supporters come a day before Sabry is expected to issue a verdict on another batch of nearly 700 alleged Islamist defendants for the murder and attempted murder of several policemen last August.

Since the army ousted Morsi last July, a government crackdown has killed more than 1,400 people, mostly supporters of the deposed president, and jailed about 15,000. At least 1,000 people have been sentenced since December, all in groups of 10 or more and in
often speedy trials.