Tunisian president: Turkey has been a true friend in critical times 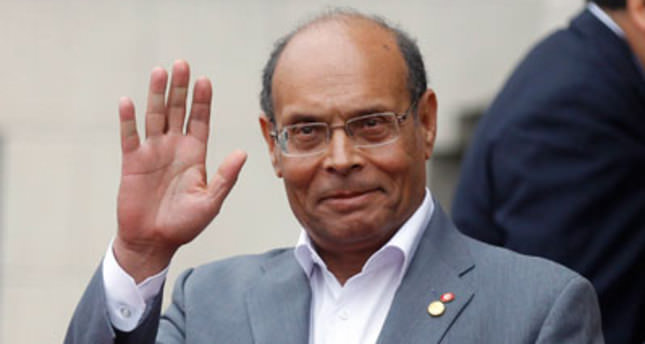 by AA May 01, 2014 12:00 am
TUNISIA — Tunisian President Moncef Marzouki met with Anadolu Agency (AA) Director-General and Board Chairman Kemal Öztürk at Carthage Palace.The Tunisian president lauded his country's relations with Turkey. Öztürk, for his part, recalled a meeting with President Marzouki in 2012 when AA Arabic service was opening its Tunisia office.

"Turkey has been a true friend in critical times," Marzouki said, adding that Ankara has offered $500 million in aid to Tunisia and contributed to several projects in the North African country.

"Tunisia has signed more than 74 partnership agreements with Turkey and both countries share identical views on almost all issues," Marzouki stated. He went on to recall how Turkey reacted positively when he requested military equipment to help the Tunisian army hunt down militants hiding in Jebel Chambi, which overlooks the western city of Kasserine.

Marzouki said the recent electoral victory of Turkey's ruling Justice and Development (AK) Party despite smear media campaigns proves that those who serve their people should fear nothing.

The French service started its official broadcast on April 6 to coincide with the 94th anniversary of AA's founding. The service offers news and features from several African countries including Senegal, the Central African Republic, Mali, Niger, Burkina Faso, Cameroon, Guinea, Ivory Coast and Madagascar. The French service also covers Turkey, the Middle, Europe and the rest of the world.

AA already broadcasts news in Turkish, English, Arabic, Russian, Kurdish and Bosnian/Croatian/Serbian (BCS). It aims to broadcast in 11 languages by 2020, the 100th anniversary of its establishment.