Suspected bomb on edge of Nigerian capital kills at least 15 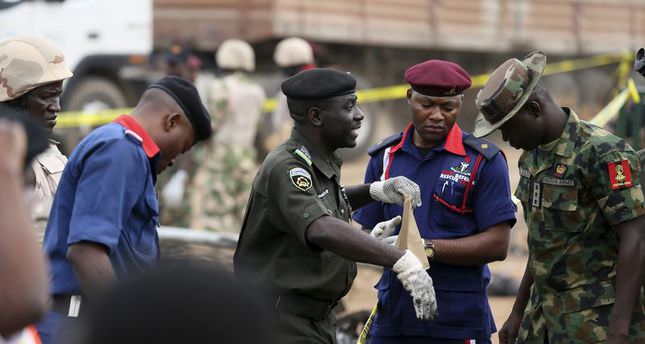 by May 02, 2014 12:00 am
ABUJA — A suspected car bomb exploded on the outskirts of Nigeria's capital Abuja on Thursday, killing at least 15 people a week before the city was to host a conference of leaders and business executives focused on Africa's growth prospects, witnesses said.

The explosion hit the suburb of Nyanya, close to the site of a morning rush hour bomb attack at a bus station last month that killed at least 75 people. The April 14 attack was claimed by the radical Islamist movement Boko Haram which is waging an insurgency against President Goodluck Jonathan's government.

Flames lit up the area around the blast, which was strewn with drying blood and contorted bodies, and sirens wailed.

The government and the military have been under intense pressure to step up security in the country following the April 14 attack and the mass abduction by suspected Boko Haram militants the same day of more than 200 teenage schoolgirls from a northeastern school. Some of the girls escaped but most are still missing.