The trick to build pyramids used by ancient Egyptians 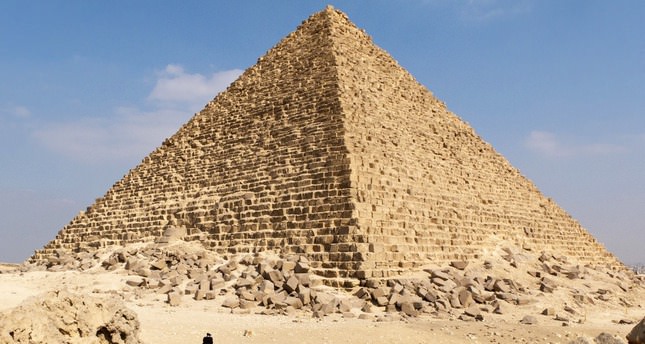 Pulling around massive limestone blocks to construct equally massive monuments necessitates tricks —especially 4,000 years. A team of physicists discovered one trick ancient Egyptians may have used to move the stones on sledges across the sand: water ago

U.S. – A team of physicists from the FOM Foundation and the University of Amsterdam learned that, when moving the sledges, Egyptians probably wet the sand in front of them to make it moist and, consequently, stiffer. According to their research, the wet, stiffer sand halved the required pulling force to move heavy stones and statues in comparison to dry sand.

The problem is one you've probably experienced before: if you pull something through sand, the sand starts to accumulate in front of whatever object (in the case of the Egyptians, sledges with stones or statues weighing tons) you're pulling.

It sounds like a simple fix — pouring water over the sand — but the amount of water has to be exact and controlled to work. In the study, the team of physicists explain that adding water to the sand forms "bridges" between the grains of sand that facilitates sliding. But adding too much water will make those "bridges coalesce," decreasing the ease of sliding and increasing friction.

Apparently, the trick had been right in front of all of us the whole time. In the tomb of Djehutihotep in southeastern Egypt, a wall painting depicting the movement of a statue shows a person standing in front of the sledges pouring water over the sand.