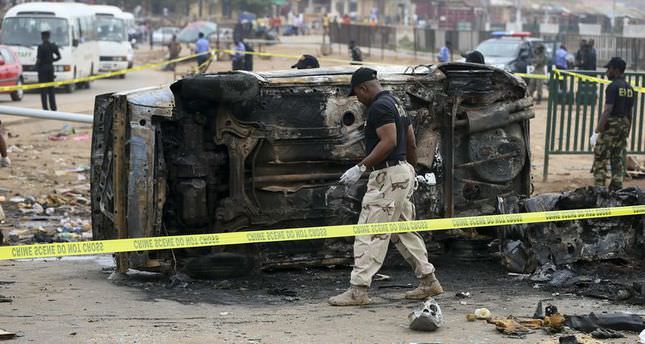 by AA May 03, 2014 12:00 am
ABUJA,Nigeria — At least 29 people are believed to have died in a car bomb attack in the Nigerian capital Abuja, medical sources confirmed on Friday. "Some 25 lifeless bodies were brought here, including the 19 initially brought," a health worker at the Maitama district hospital told Anadolu Agency. Another medical source in the national hospital confirmed that four bodies had been brought to the hospital. The blast took place late Thursday in the suburb of Nyanya near the site where a car bombing killed 75 people and injured 134 others last month. The militant Boko Haram had claimed responsibility for last month's attack. There was no claim of responsibility for Thursday's car bombing. The health worker expected the death toll from the blast to rise.