Most abducted Schoolchildren are Christians: Nigeria 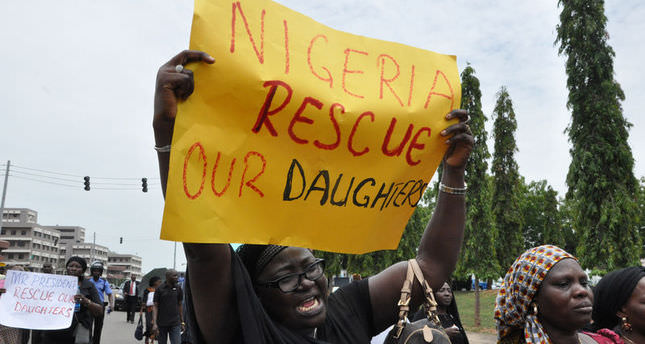 by AA May 05, 2014 12:00 am
LAGOS — Nigerian President Goodluck Jonathan announced Sunday that the overwhelming majority of the schoolgirls abducted three weeks ago by suspected Boko Haram militants were Christians.

"It is understandable that Islamic culture does not allow you to expose women (girls) but in this case 90 percent of the girls kidnapped in Chibok are Christians," he said during a two-hour TV program with Nigerian media executives.

Jonathan made the comment when analyzing what possible reasons could make parents not want to release the pictures of the schoolgirls.

His assertion about the religious background of the girls appears to contradict his earlier argument that the government was struggling with "contradictory" information supplied by the local authorities.

On April 14, militants stormed the Government Girls Secondary School in Borno State's Chibok, located on the fringes of the Sambisa Forest, a known Boko Haram hideout.

They loaded scores of schoolgirls onto trucks before driving away unhindered.

A full two weeks later, the exact number of the missing schoolgirls remains dogged by controversy.

While local authorities say 129 girls went missing that night, some parents put the total as high as 234.