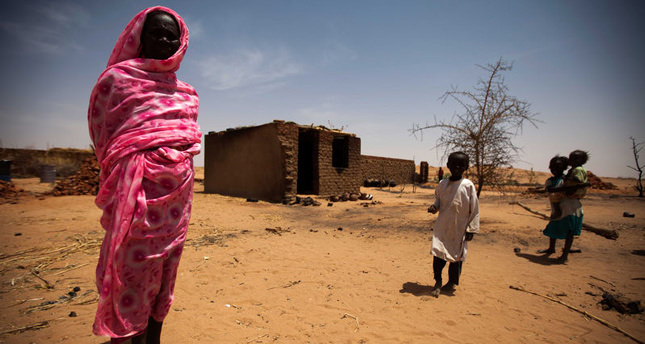 by Anadolu Agency May 07, 2014 12:00 am
ANKARA — Turkey has reiterated support for government efforts to establish peace in Sudan's western Darfur province, signaling readiness to carry out several projects in the province.

Aiden said that his talks with the Sudanese Vice President focused on means of bolstering bilateral relations between the two countries.

Darfur has been ravaged by a deadly conflict since three rebel groups took up arms against the Khartoum government in 2003.

The U.N., which has described the situation in Darfur as one of the world's worst humanitarian crises, has said that an estimated 300,000 people had been killed in the conflict and some 1.8 million displaced.

The Sudanese government, however, insists that the death toll does not exceed 10,000 people.

The Darfur conflict prompted in 2009 an arrest warrant against Sudanese President Omar al-Bashir by the International Court of Justice (ICJ) on a number of charges including genocide committed by government forces and allied militias.

Several Turkish NGOs have been active in Darfur to help people affected by the conflict.