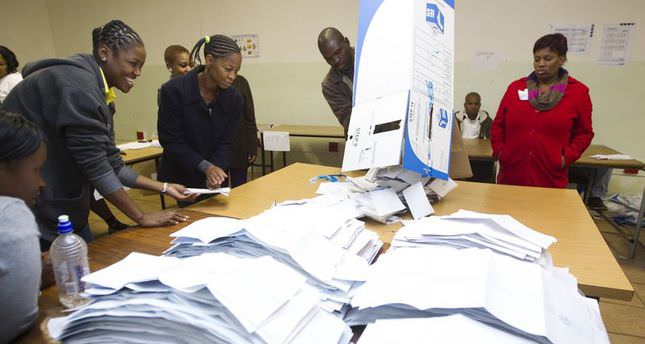 by May 08, 2014 12:00 am
PRETORIA — The ruling African National Congress (ANC) took a clear lead on Thursday in South Africa's first "Born Free" election, featuring voters with no memory of the white-minority rule that ended in 1994.

Election officials said they were investigating a shooting death in rural KwaZulu-Natal, the home of President Jacob Zuma. The incident was a rare blot on an otherwise peaceful vote.

The ANC, the liberation movement that swept to power two decades ago under the leadership of Nelson Mandela, had 59.7 percent of the vote with a third of ballots counted, the Independent Electoral Commission (IEC) said.