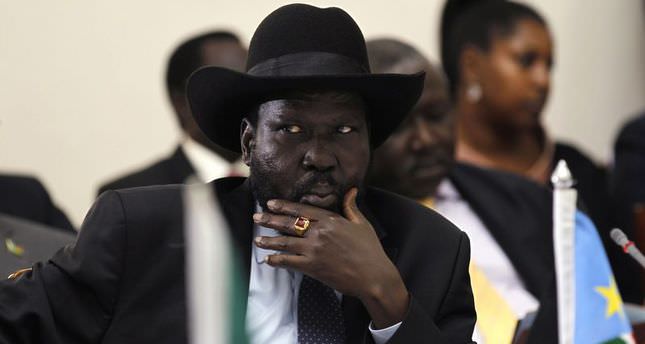 by May 12, 2014 12:00 am
JUBA — South Sudan will postpone a presidential election set for 2015 as the country's warring factions will need time to reconcile, President Salva Kiir said, with a vote possibly taking place as late as 2018.

South Sudan's conflict threatens to tear apart a nation that only became independent from Sudan in 2011 and has curbed its lifeblood oil production. Ethnic divisions have been a significant driver of the violence, which pits Kiir's Dinka people against the Nuer of his former deputy Riek Machar.

Kiir and Machar, whom the president sacked in July 2013, signed a new ceasefire pact in Ethiopia on Friday and pledged to hold further talks about forming an interim government to end nearly five months of bloodshed.

That plan, however, has got off to a shaky start with both sides swiftly accusing each other of violating the truce.

"Elections will not be held in 2015, because reconciliation between the people will have to take time," Kiir said at Juba airport late on Sunday.

"The election (timetable) has to be extended for two or three years, so this interim government would remain in power and elections can be held in 2017 or 2018."

Kiir said he would have preferred elections to be held in 2015 "so that these can come back and contest" it.