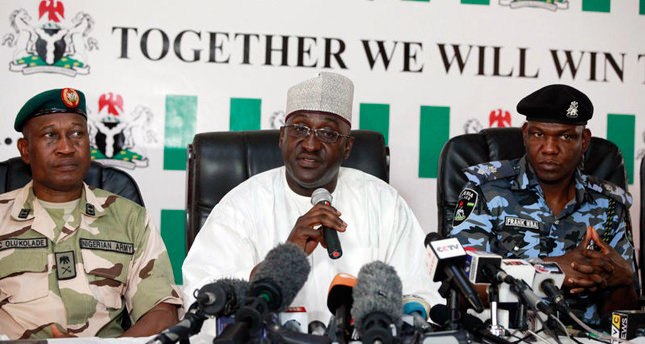 by Associated Press May 13, 2014 12:00 am
ABUJA, Nigeria — A Nigerian government official said "all options are open" in the search for missing schoolgirls that's now being actively supported by U.S. surveillance and reconnaissance aircraft.

Boko Haram, the militant group that is holding some 276 female students kidnapped, says in a new video that the girls will only be freed after the government releases jailed militants.

The group has killed more than 1,500 people this year in a campaign of bombings and massacres. Boko Haram's kidnapping of schoolgirls at a boarding school in northeast Nigeria last month has focused international attention on the extremist group amid outrage that most of the girls have not been rescued.

Nigeria's government, which has repeatedly denied allegations that was slow to respond to the mass abduction, had initially suggested there would be no negotiations with Boko Haram. Now it appears that stance may be relaxed.

Mike Omri, the director of Nigeria's National Orientation Agency, said late Monday that the government will "use whatever kind of action" it takes to free the girls.

The White House said Monday that the U.S. team assisting is made up of nearly 30 people drawn from the State and Defense departments, as well as the FBI, including 10 Defense Department planners who were already in Nigeria and were redirected to assist the government.