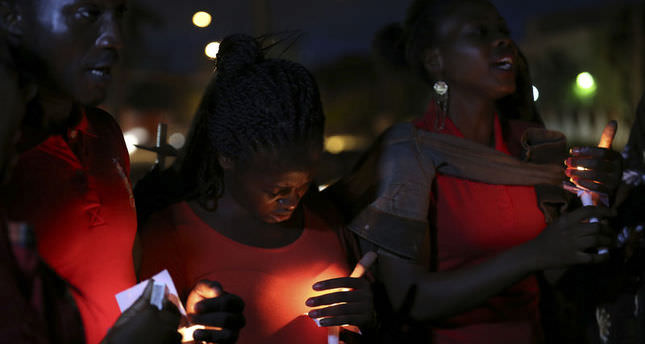 by AA May 15, 2014 12:00 am
MAIDUGURI, Nigeria — Families in Nigeria's northeastern Borno State have breathed a sigh of relief after identifying their daughters in a recent video released by their captors, the dreaded Boko Haram group, but they are divided on whether the government should free detained militants in exchange for the schoolgirls' release.

"We have identified most of the girls. Now there is hope because we know they are not dead," Yusuf Adams, uncle to one of the abducted girls, told AA.

On Monday, Boko Haram militants released a video showing scores of the missing girls, who were abducted last month in the town of Chibok.

Simeon Mainam, for one, is thrilled that his daughter, Hauwa, has been identified from the video.

"We are happy that they are still alive, contrary to rumors that they had been killed or sold off to Cameroon, Chad and Niger," he told AA.

"Unlike before, our people are now beginning to exercise patience," Mainam said. "The discovery has brought us relief and we will continue to pray for the return of our daughters."

Although Esther Mutali failed to identify her daughter, Dokas Yakubu, from the video, she nevertheless remains hopeful.

"At least we know now she's alive," said. "We were hearing they [the girls] had been moved to somewhere."