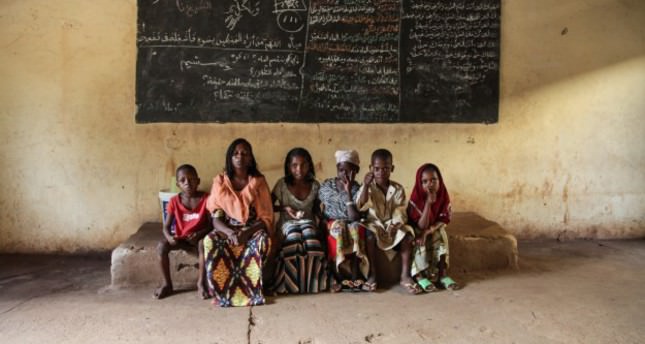 by Anadolu Agency May 16, 2014 12:00 am
BANGUI — At least 31 people, many of them muslim civilians, were killed in clashes between Christian and Muslim fighters in Central African Republic this week, a local priest and Red Cross officials said on Thursday.

Fighting broke out on Monday outside Dekoa, a town 300 km (190 miles) north of the capital Bangui.

Another 10 bodies clothed in military fatigues, believed to be Seleka fighters, were discovered in a mass grave, the priest said, adding that some people wounded in the fighting had fled into the bush. Another woman was killed in Dekoa early on Thursday, he said.

Central African Republic's national Red Cross confirmed that its workers had counted around 30 bodies in Dekoa on Wednesday after having initially been barred from entering the town by Seleka fighters.

It is not the first time that Dekoa has been hit by the intercommunal violence which has forced almost a quarter of Central African Republic's 4.6 million population from their homes.

At least 13 people were killed when anti-balaka forces - who have a strong presence in the countryside - attacked the Seleka-held town last month.

Around 50 African Union peacekeepers are deployed in Dekoa, according to town residents. A spokesman for the mission was not immediately able to confirm if the troops had intervened during Monday's fighting.