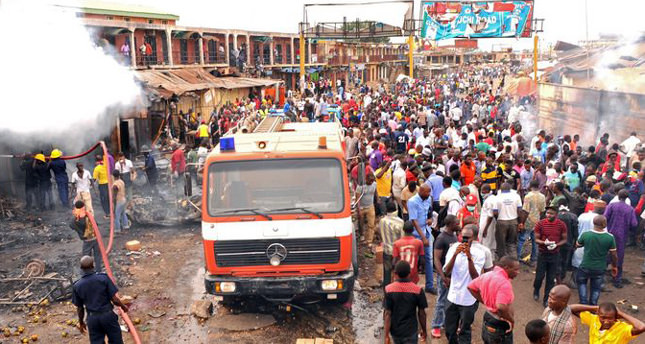 by May 21, 2014 12:00 am
ABUJA, Nigeria — An emergency official says rescue workers are digging through rubble to search for more victims of twin car bomb blasts that collapsed buildings in a bustling marketplace and bus station in Nigeria's central city of Jos. More than 118 bodies have been recovered and dozens of wounded are in hospitals.

Emergency coordinator Mohammed Abdulsalam said firefighters fought through the night into early Wednesday to douse blazes ignited by the bombs.

The attacks took place after regional and Western leaders pledged "total war" on the militant group at a weekend summit in Paris.