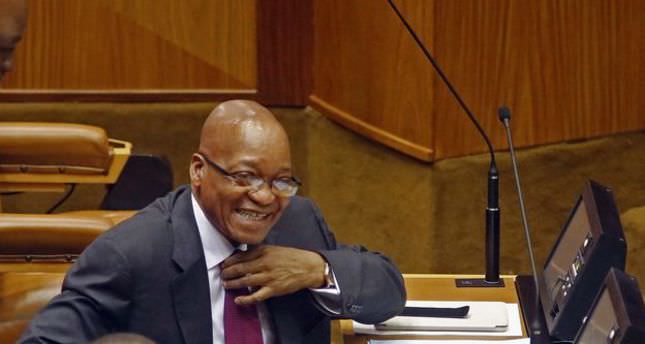 by AA May 22, 2014 12:00 am
JOHANNESBURG — Holding its first sitting since the May 7 elections, South Africa's National Assembly on Wednesday reelected Jacob Zuma to a second five-year presidential term.

The opposition Democratic Alliance (DA) tried to block the reelection by asking Chief Justice Mogoeng Mogoeng, who presided over the session, to invalidate Zuma's nomination on grounds that he had not satisfactorily responded to recent charges leveled by the country's anti-corruption czar.

The chief justice dismissed the request and confirmed Zuma as president.

Zuma, who was elected unopposed, will be inaugurated on May 24 at a gathering expected to attract several heads of state.

The upgrade of Zuma's rural home was supposed to have cost the state some $2.5 million. But with lavish upgrades – including a swimming pool, cattle kraal and visitor's center – the total cost skyrocketed to some $23 million.

Zuma has denied involvement in the construction and procurement phases of the renovation and has adamantly refused to pay back the money.

The issue figured prominently in opposition electoral campaigns in the run-up to general polls that were held on May 7.