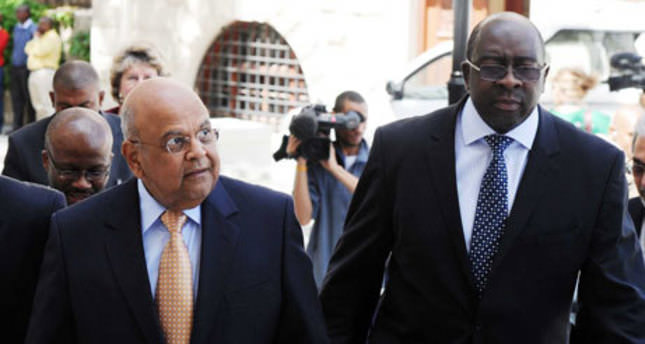 Zuma made the announcement after being sworn in for a second term, and promising radical social and economic transformation in the next five years.

In the 20 years since South Africa struggled free from the fetters of racist apartheid rule, the economy remains predominantly in white hands, despite a raft of empowerment programmes.

Nene had served as an understudy to internationally respected finance chief Pravin Gordhan.

His appointment came amid pressure within the ruling ANC to but more economic power in black hands as a statement of intent.

But the appointment of a relatively inexperienced finance minister after the post was occupied by Gordhan and similarly well regarded Trevor Manuel, will test investors' faith in the South African economy.

The rand has been under pressure for months and ratings agency have warned that deficits, high unemployment, slow growth and policy stasis may prompt a further credit downgrade to junk bond status.

That could the raise the cost of borrowing for the South African government and prompt international investors to look to other faster-growing emerging markets in Africa.