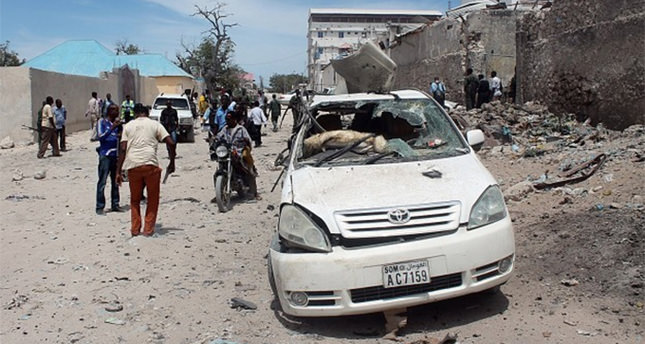 by AA May 25, 2014 12:00 am
ADDIS ABABA, Ethiopia — A Turkish national was killed late Saturday in a suicide bombing targeting a French restaurant in downtown Djibouti city.

Turkey's Ambassador to Djibouti Hasan Yavuz told Anadolu Agency that the victim was working for a Turkish company active in the Horn of Africa country.

He said the Turkish national was identified at the hospital morgue.

Yavuz added that the Turkish embassy was making necessary arrangements to send the body back to Turkey.

In an earlier statement, Djibouti's Interior Ministry said a French national was killed in the bombing along with two Somali suicide bombers.

A man and a woman detonated two cars outside a French restaurant in Al-Menelik district, a government official told AA on Saturday.

The restaurant is usually frequented by foreign nationals, including American soldiers.