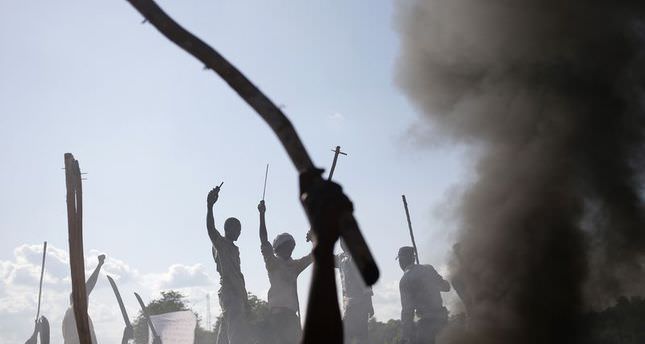 The clash is the latest between fighters from the mostly Muslim rebel Seleka coalition and peacekeepers, and could deepen antagonism in the north of the country towards French forces.

At least five people were injured, four of them Seleka fighters who have been resisting attempts to disarm them by French forces deployed in their former colony as part of the Sangaris peacekeeping operation.

The soldiers used stun grenades to try to disperse civilians wielding machetes who blocked the bridge, but then came under fire from automatic weapons and rocket-propelled grenades. They brought in at least two helicopter gunships and fired mortars.

"We were confronted by individuals who fired at the Sangaris forces and we immediately responded," said Colonel Gilles Jaron, spokesman for the French army.

French forces fired a mortar as a warning shot and then followed up with anti-tank missiles, which destroyed a pick-up truck and likely caused casualties, a French army source said.

The Reuters witness said that the 10-15 rebels on the bridge did not have a pick-up truck.