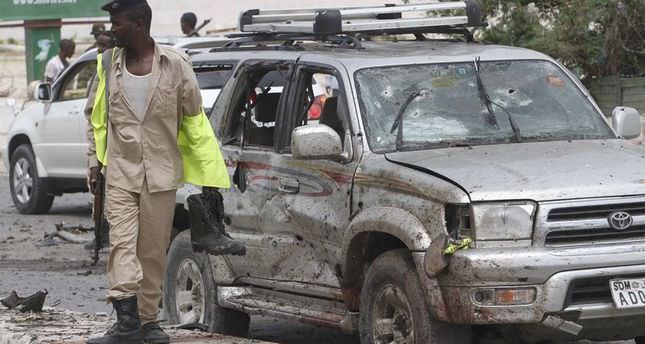 by Anadolu Agency
May 26, 2014 12:00 am
MOGADISHU — Somalia's national security minister has resigned after an attack by al-Shabab fighters on the country's parliament.

The resignation of Abdikarim Guled late on Saturday came after the group set off powerful car bombs outside parliament and fighters armed with explosive vests, grenades and machine guns stormed into the building while scores of politicians were meeting.

At least 10 security officers died in the incident and at least a dozen people were injured.