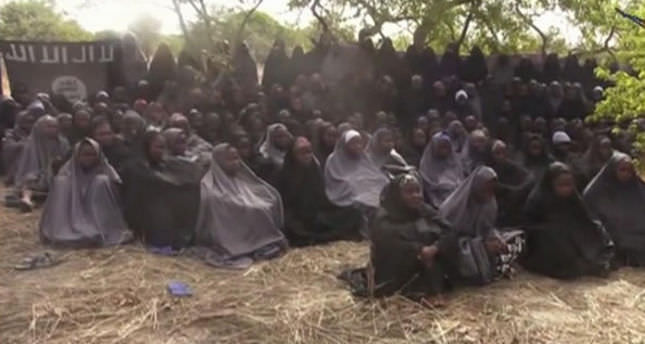 by May 27, 2014 12:00 am
LAGOS —Nigeria's military knows where the more than 200 girls abducted by Boko Haram are but has ruled out using force to rescue them, the state news agency quoted Chief of Defence Staff Air Marshal Alex Badeh as saying on Monday.

Seven weeks since Boko Haram militants abducted more than 200 girls taking exams at secondary school in the remote northeastern village of Chibok, little is known of their whereabouts or what the military is doing to get them out.

"The good news for the parents of the girls is that we know where they are, but we cannot tell you," Badeh was quoted by the News Agency of Nigeria (NAN) as saying.

"But where they are held, can we go there with force? We can't kill our girls in the name of trying to get them back."

Most officials think any raid to rescue them would be fraught with danger and probably not worth the risk that the girls would be killed by their captors – a group that has shown a high degree of ruthlessness in killing civilians.

Since the girls were captured, according to a Reuters count, at least 470 civilians have died violent deaths in various locations at the hands of Boko Haram as calimed.