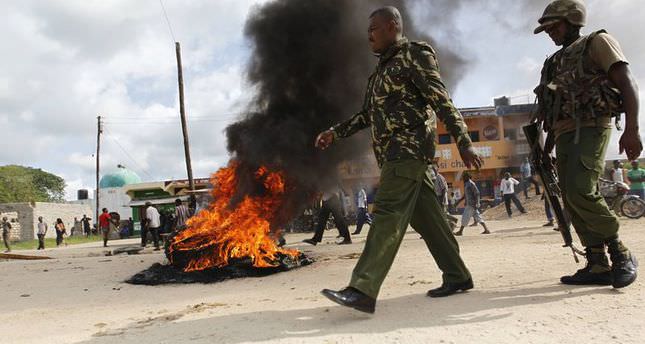 by AA Jun 23, 2014 12:00 am
At least 30 people were killed in fresh fighting between two rival clans in Kenya's North Eastern region near the border with neighboring Somalia, county authorities said.

Fighting between the Somali-Kenya tribes of Degodia and Gerre erupted on Sunday at a village, which has been contested by both clans, at the border between Wajir and Mandera counties.

"The latest information we have on the ground is that at least 30 people have been killed and a number not exceeding ten injured," Wajir Governor Ahmed Abdullahi said.

The fighting is said to have taken place for around five hours as the rival tribesmen fought over a border township called Gulani, which is claimed by both clans.

According to an earlier statement by the police, the fighting was caused by a revenge attack by Degodia clan who had claimed that their livestock had been stolen by Gerre tribesmen.

"Most of Gulani has been burnt down. I have counted up to thirty three houses burnt down. Most have fled the area to safety in other larger towns especially Wajir," Aden Mohamed, a local journalist and resident said.

"The clan fighting is taking a dangerous dimension now as both the Gerre and Degodia have now well armed militia. The area is now under a lot of tension as we speak, " Mohamed said.

Police and army forces have been deployed to the troubled region, Anadolu Agency correspondent reported.

Water, pasture and politics have been at the center of sporadic clashes between the two Kenyan Somali clans, who live in the mainly arid North Eastern Region, bordering war-torn Somalia.

Last month, similar clashes between the two clans reportedly left around 20 people dead at Gunana village on the border between Mandera and Wajir counties.

Politicians from both clans had then signed a peace agreement overseen by the Kenya government and Muslim leaders to end the hostilities.

Kenyan ethnic Somalis, estimated to be close to four million according to a 2009 census, are centered in the mostly arid North Eastern region bordering Somalia.

Inter-clan clashes over pasture and political boundaries have marred the relations between the four major Somali clans in the region since Kenya's independence in 1963.