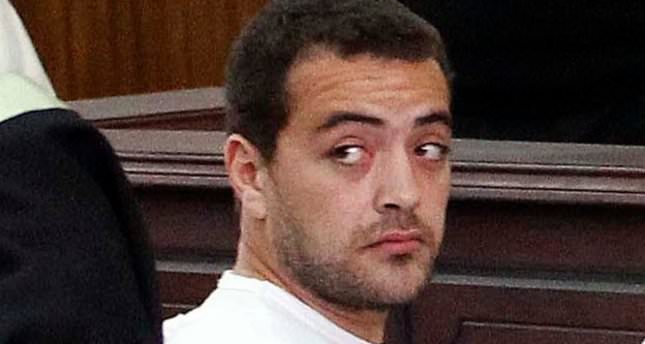 There was a loud gasp in the courtroom as the verdicts were read out. Shaken and near tears, Greste's brother Michael said: "This is terribly devastating. I am stunned, dumbstruck. I've no other words."

The three men had looked upbeat as they entered the courtroom in handcuffs, waving at family members who had earlier told journalists they expected them to be acquitted.

The three were detained in late December and charged with helping a "terrorist organization" by publishing lies that harmed the national interest and supplying money, equipment and information to a group of 17 Egyptians.

All three journalists have been held at Egypt's notorious Tora Prison for six months, in a case that has drawn criticism from Western governments and human rights groups.

The remaining 17 defendants faced charges of belonging to a "terrorist organization", an apparent reference to the Muslim Brotherhood, which has been protesting against the government since the army toppled Islamist president Mohamed Morsi in July.

Two of the 17 were acquitted, including Anas Beltagi, the son of Muslim Brotherhood leader Mohamed al-Beltagi. Four were also sentenced to seven years in jail and a further 11 were sentenced in absentia to 10 years in jail.

Western governments and rights groups have voiced concern over freedom of expression in Egypt since Morsi's ouster and the crackdown has raised questions about Egypt's democratic credentials three years after an uprising toppled Hosni Mubarak after 30 years in power and raised hopes of greater freedoms.

The Netherlands have summoned the Egyptian ambassador over Cairo's heavy sentencing of several journalists, including a Dutch one, for allegedly helping the blacklisted Muslim Brotherhood and will raise the issue with the EU. "I have summoned the Egyptian ambassador to the ministry and will raise this matter with my European Union colleagues in Luxembourg,"

Foreign Minister Frans Timmermans said in a statement, adding that Dutch journalist Rena Netjes, who was tried in absentia, "did not get a fair trial".

Meanwhile, Al-Jazeera slammed as "unjust" an Egyptian court decision to jail three of its journalists. "We condemn... this kind of unjust verdict," the network's chief Mustafa Sawaq told the satellite news channel after a Cairo court jailed the three in a case that has caused international outrage. "We are shocked," he said, charging that evidence provided by the prosecution "was not enough to jail someone for a single day". Sawaq also said the journalists had been working openly with "nothing disguised" about their output which was broadcast openly on the Al-Jazeera English channel.
Last Update: Jun 24, 2014 2:26 am
RELATED TOPICS